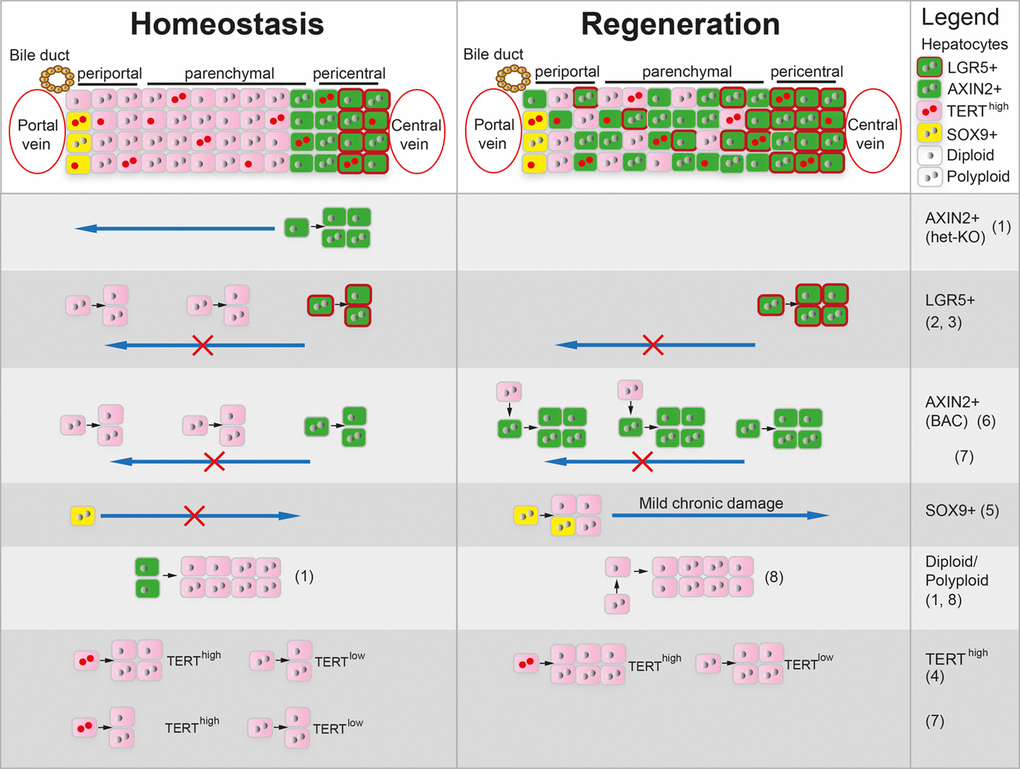 Figure 1. Different hepatocyte populations proposed to enable liver homeostasis and regeneration. Scheme depicting hepatocyte populations in the 3 liver zones and their proliferative capacity during homeostasis and regeneration described by different referenced studies. Reference limit did not allow inclusion of all related studies.