Copyright: © 2021 Gu et al. This is an open access article distributed under the terms of the Creative Commons Attribution License (CC BY 3.0), which permits unrestricted use, distribution, and reproduction in any medium, provided the original author and source are credited.

Glioma characterized by high morbidity and mortality, is one of the most common brain tumors. The application of intravoxel incoherent motion diffusion weighted imaging (IVIM-DWI) in differentiating glioma grading and IDH1 mutation status were poorly investigated. 78 glioma patients confirmed by pathological and imaging methods were enrolled. Glioma patients were measured using IVIM-DWI, then related parameters such as cerebral blood flow (CBF), perfusion fraction (f), pseudo diffusivity (D*), and true diffusivity (D), were derived. Receiver operating characteristic (ROC) curves were made to calculate specificity and sensitivity. The values of CBF1, CBF3, D*1, rCBF1-2, rCBF3-2, and age in group high-grade gliomas (HGG) were significantly higher than that of in group low-grade gliomas (LGG). The values of CBF1, CBF3, rCBF1-2, rCBF3-2, D*1, and age in group IDH1mut were significantly lower than that of in group IDH1wt. The levels of D1 and f1 were remarkably higher in the group IDH1mut than group IDH1wt. rCBF1-2 had a remarkably positive correlation with CBF1 (r=0.852, p<0.001). f1 showed a markedly negative correlation with CBF1 (r= -0.306, p=0.007). IVIM-DWI presented efficacy in differentiating glioma grading and IDH1 mutation status.

Glioma, originated from neuroepithelial cells, is the most common central nervous system tumor. The prognosis of glioma patients was affected deeply by tumor resection. Glioma recurrence usually occurs in the area around the tumor residual cavity [1–3]. It is difficult to distinguish the boundary between glioma and normal brain tissue by naked eyes during operation. Therefore, definition of tumor boundary is very important [4]. The tumor tissues should be removed as much as possible under the premise of avoiding damage of normal brain tissue.

In the past decades, medical imaging technology has been developed greatly. Medical imaging technology plays a key role in determining tumor boundary, observing tumor resection dynamically, and achieving precise positioning for biopsy and radiotherapy of target areas [5]. Currently, the most widely used imaging technology in neuronavigation is magnetic resonance imaging (MRI). T1 enhanced scan is often used as the imaging basis for neuronavigation resection of glioma. However, most of the low-grade gliomas (LGG) and 10% - 30% of the high-grade gliomas (HGG) have no enhancement or only a little enhancement due to the fact that blood-brain barrier is not completely destroyed [6]. It is difficult to determine the histological margin of the tumor only based on T1WI (T1 weighted imaging) enhancement. T2WI (T2 weighted imaging) is usually used to determine the tumor boundary, and it can well display peritumoral edema [7]. However, it is uncertain whether there must be tumor cell infiltration in the peritumoral edema area, which may lead to over resection of normal brain tissue [8]. Therefore, conventional MRI method have limitation in defining tumor boundaries, and new imaging techniques (especially functional imaging) need to be further explored to accurately define tumor histological margin.

Arterial water was used as an endogenous tracer in three-dimensional pseudo-continuous arterial spin labeling (3D pCASL), which has been widely applied in disease diagnose and treatment [9]. Cerebral blood flow (CBF) could be detected using 3D pCASL. However, 3D pCASL might be limited by transit time, and the tumor slow blood flowing might be underestimated by 3D pCASL due to tortuous vessels.

Intravoxel incoherent motion diffusion weighted imaging (IVIM-DWI) diffusion imaging is one of the most popular functional MRI imaging techniques in recent years [10]. The diffusion coefficient of continuous distribution of micro motion in voxel is assumed to be two parts, namely D (diffusion coefficient) and D * (pseudo-diffusion coefficient), which represent slow and fast diffusion, respectively. f is the perfusion fraction representing the volume ratio of perfusion effect produced by local microcirculation to the total volume [11, 12]. At present, IVIM-DWI has been widely used in differential diagnosis, grading, and prediction of survival time and prognosis of brain tumors [13–15]. However, the application of IVIM-DWI and 3D pCASL on gliomas grading has not been well elucidated.

Isocitrate dehydrogenase 1 (IDH 1) catalyzes the production of alpha-ketoglutarate, and further increase the level of nicotinamide adenine dinucleotide phosphate (NADPH). NADPH plays a key role regulating cell redox system. IDH1 mutation (IDH1mut) may lead to the increase of oxidative stress level [16]. It was reported that IDH1mut was found in the 70% LGG patients [17, 18]. In addition, seizure was more likely to occur in the gliomas patients with IDH1mut than IDH1 wild-type (IDH1wt) patients [19]. Therefore, the identification of IDH1 gene status in gliomas patients might be helpful for tumor grading and further treatment. Currently, systemically analysis of IDH1 in gliomas patients using IVIM has not been reported. 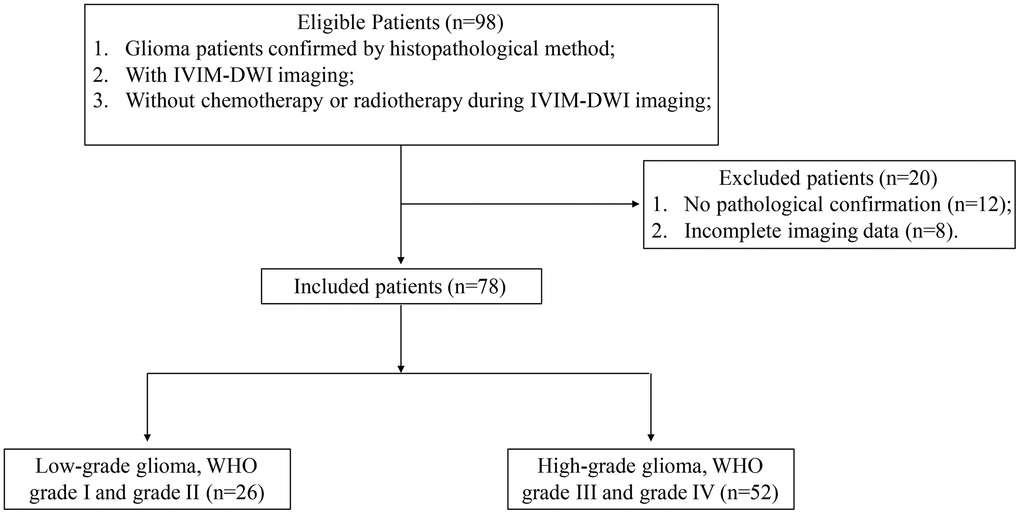 Comparison of parameter values between group HGG and LGG 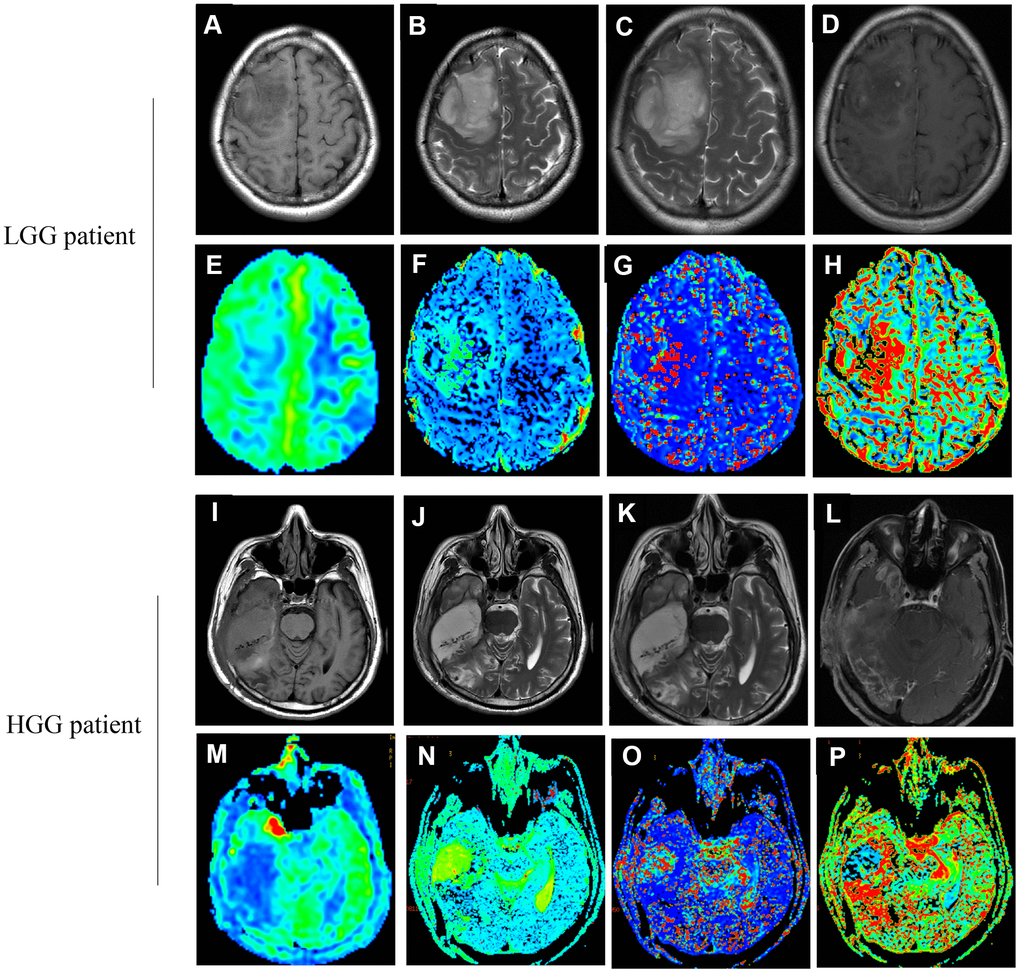 Table 1. Comparison of parameter values between group HGG and LGG.

In addition, the differences of parameters derived using IVIM in tumor parenchyma, peritumoral, and mirror side normal areas were also analyzed (Table 1). In the group HGG, significant higher values of CBF and D in tumor parenchyma areas were found compared with peritumoral, and mirror side normal areas. Meanwhile, remarkable difference in terms of D* was observed between tumor areas and other regions. Similar findings were observed in the group LGG (Table 1). These results indicate that the difference of gliomas grade and tumor location could be effectively achieved using IVIM-DWI.

Table 2. Comparison of parameter values between group IDH1mut and IDH1wt.

Meanwhile, the differences of parameters in tumor parenchyma, peritumoral, and mirror side normal areas were also analyzed in both group IDH1mut and IDH1wt. Significant differences in values of CBF, D, and D* could be found between tumor areas and other regions (peritumoral and mirror side normal areas). Therefore, IVIM-DWI might be a promising method to predict IDH1 gene mutation and evaluation of gliomas peritumoral diffusion.

Table 3. Statistic analysis of IDH1mut and IDH1wt cases in the group HGG and LGG. 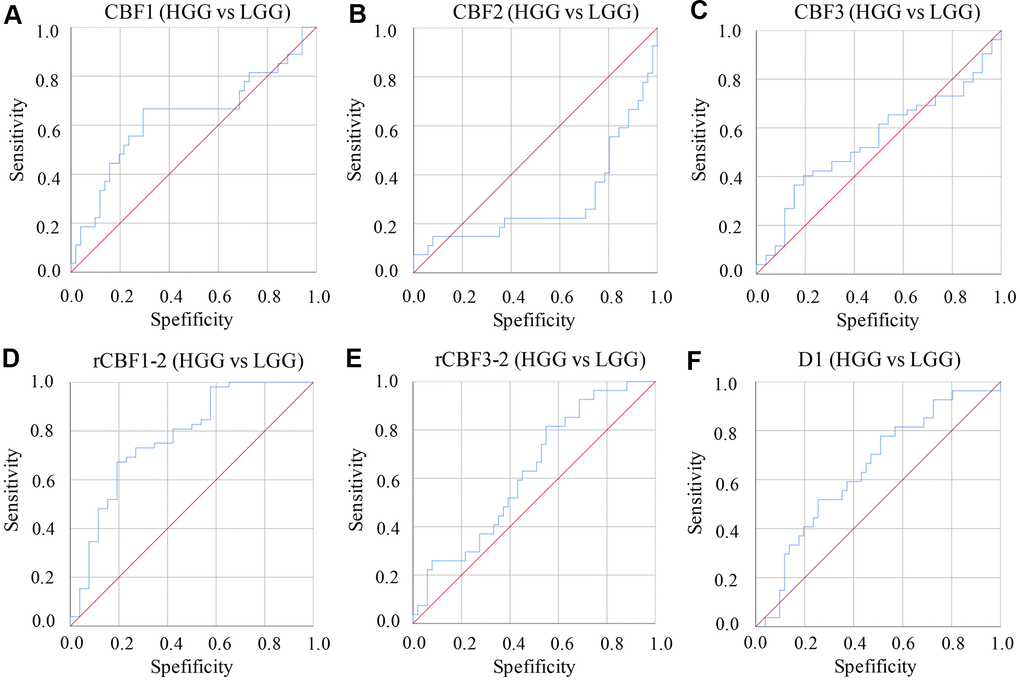 Table 4. Identification of HGG and LGG by IVIM-DWI-derived parameters. 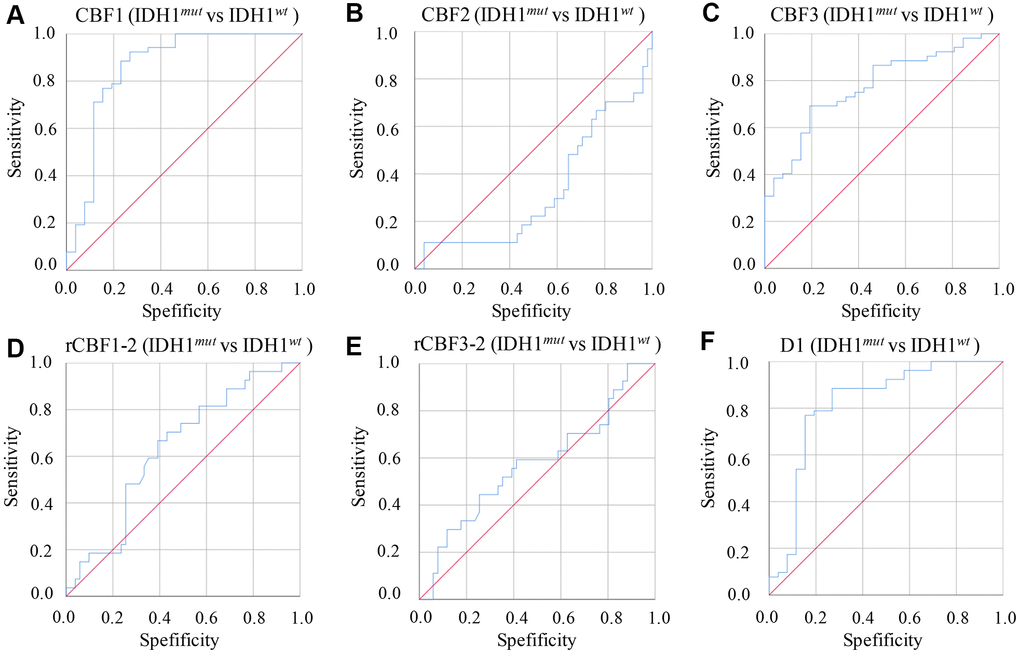 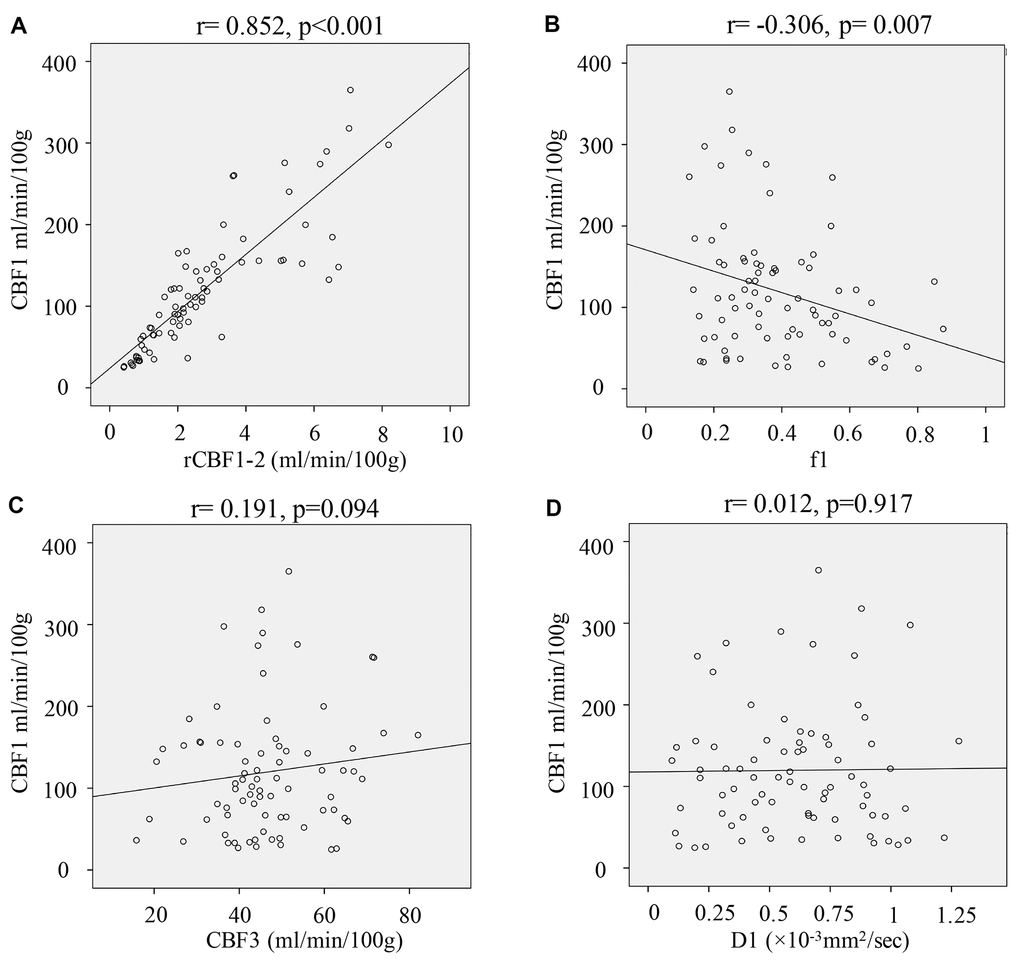 Perfusion has been proved to increase the diagnose sensitivity of many diseases including glioma. IVIM-DWI and 3D pCASL have been believed to be repeatable, safe, effective, and convenient to diagnose and grade brain tumor including glioma though detecting blood supply [20].

There are many different kinds of parameter maps in IVIM images. Previous study showed that the boundaries of tumor, peritumoral and normal brain tissues were clear defined by D, D*, and f [21]. Therefore, the most valuable parameters for delineation of tumor boundary were selected to guide clinical diagnosis and treatment. Some parameters derived from IVIM-DWI such as D*, f, and CBF have been widely used in the fields of disease predication, diagnose, and treatments [20, 22]. D* could represent the incoherent movement of blood in the microvasculature compartment. In addition, the ratio of incoherent signal arising from vascular compartment could be represented by f. Previous report indicated that IVIM derived CBF and f agree reasonably with traditional cerebral blood volume (CBV) from dynamic susceptibility contrast (DSC) [23]. CBF, D, rCBF1-2, and D*1 were effective parameters to distinguish HGG and LGG (Table 1). Meanwhile, IDH1mut and IDH1wt could be differentiated with CBF, rCBF1-2, D1, D*1, and f (Table 2).

IVIM has several advantages over traditional MR-perfusion method. A higher resolution could be achieved by IVIM. Meanwhile, IVIM is believed to be more sensitive. In addition, the parameters of IVIM are intrinsically quantitative, and they are sensitive to vasoconstriction and vasodilatation [24]. Finally, definition of tumor boundary on the basis of traditional MR based on contrast enhanced images is not successful in every patient.

IDH1 is believed to be the most frequent mutation site in glioma. Meanwhile, IDH1 mutations were also found in the anaplastic thyroid cancer, melanoma, acute myeloid leukemia patients [25]. IDH1 has been proved to be closely linked with oncogenesis through promoting DNA hypermethylation and stimulating hypoxia inducible factor-1 pathway [26]. However, several reports indicated that IDH1mut patients had a longer survival time than IDH1wt patients [27]. Therefore, the role of IDH1mut in tumors have not been fully clarified.

There are some limitations in this study. Firstly, the sample size was relatively small, and only 78 patients were enrolled successfully in this research. Further large scale investigation needs to be conducted to confirm the conclusions of this study. Second, the quantification of CBF depends on performance of arterial input function.

In summary, IVIM-DWI presented efficacy in differentiating LGG and HGG patients. Meanwhile, IDH1mut and IDH1wt patients could be differentiated by parameters derived from IVIM-DWI.

A total of 98 glioma patients diagnosed by MRI were enrolled from Oct 2018 to Oct 2020 in our hospital. The exclusion and inclusion criteria were listed in the Figure 1. After checking the examining materials, 20 patients were excluded due to incomplete pathological or imaging details. Finally, 78 gliomas patients confirmed by pathology data and IDH immunohistochemical results were included. Among them, 26 (16 males and 10 females) low grade gliomas (LGG, WHO grade I and grade II) cases were enrolled in this study. The age ranged from 14 to 65 years old (median age: 42 years). 10 cases were identified with IDH1 wild type and 16 cases were mutation type. 52 (30 males and 22 females) high grade gliomas (HGG, WHO grade III and grade IV) patients, aged 13-76 years (median age 55 years) were enrolled in this research. Among them, 41 cases were IDH1 wild type and 11 cases were mutant type.

All protocols in this study was approved by the Ethical Committee of The Second Affiliated Hospital of Nanchang University (Approval number: 2018-08-002), and was in accordance with the Helsinki declaration. Written informed consent was obtained from patients.

Data analysis was performed using 21.0 SPSS (IBM, USA). Data was presented as mean ± standard deviation. The data between group HGG and LGG, group IDH1+ and IDH1- were analyzed using Student's t-test. Receiver operating characteristic curve (ROC) was performed to get the area under the receiver operating characteristic curve (AUC). The IVIM-DWI-derived parameters were analyzed using specificity, sensitivity, and predicted cutoff value from ROC. Intraclass coefficient (ICC) with the 95% interval confidence was set in this study. p<0.05 was believed to be statistical significance.

The data in the current study are available from the corresponding author on reasonable request.