Copyright: © 2022 Chu et al. This is an open access article distributed under the terms of the Creative Commons Attribution License (CC BY 3.0), which permits unrestricted use, distribution, and reproduction in any medium, provided the original author and source are credited.

This article has been corrected: The authors noticed errors in Figure 9AB. As a result of misfiling the data, some of the images for the Control group were mixed up with images for the OA+Td group during preparation of the figure. To correct the errors, in panel 9A the toluidine blue- and safranin O-fast green (S-O)-stained images for the Control and OA+Td groups were replaced with representative images from the original sets of experiments. In panel 9B, the image showing staining for INOS in the Control group and the immunohistochemistry images of MMP3 staining were replaced with the correct images for the Control and OA groups. All images were derived from the initial sets of experiments. The authors stated that these alterations do not affect the results or conclusions of this work and apologized for any inconvenience caused.

New Figure 9 is presented below. 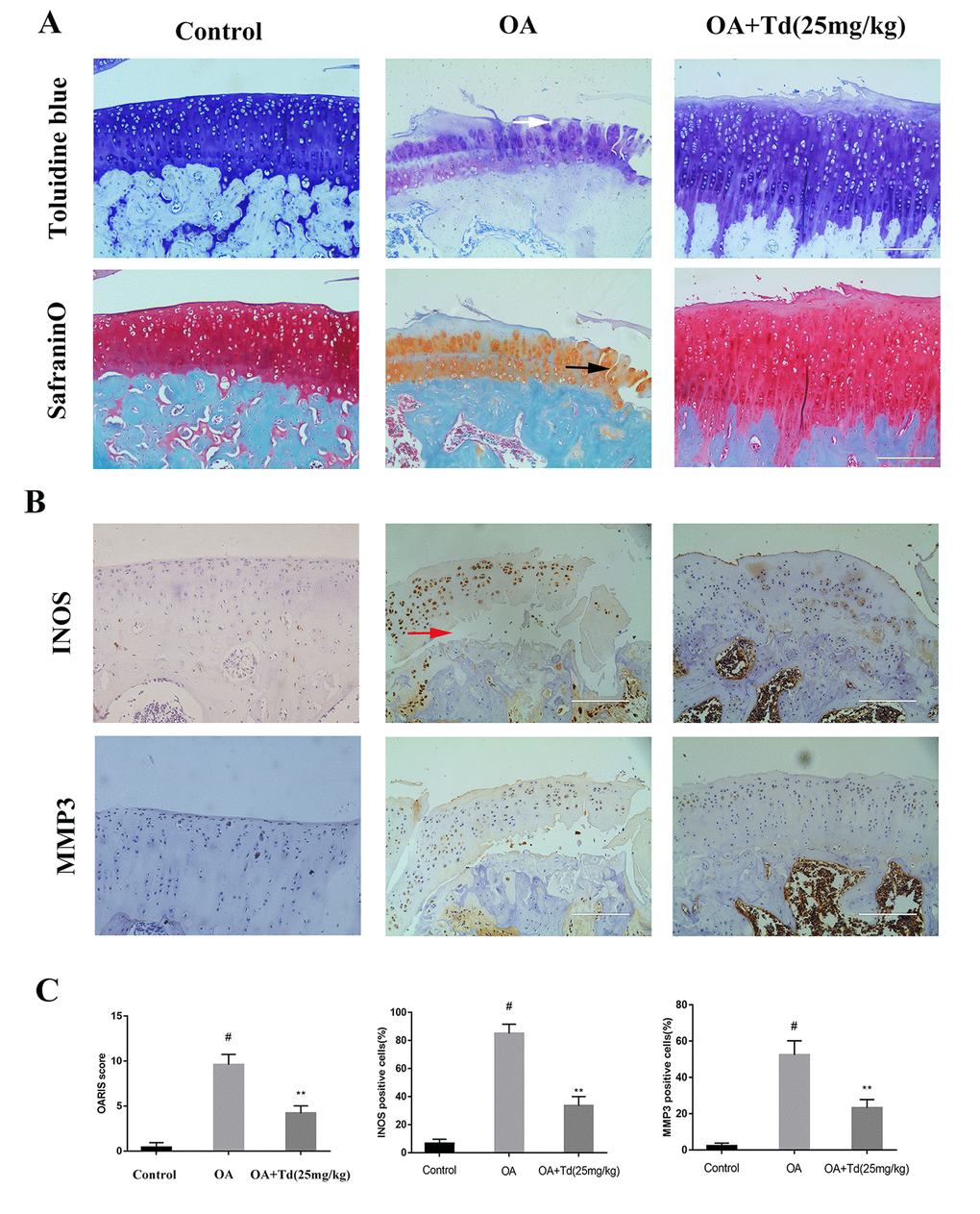