Copyright: © 2021 Li et al. This is an open access article distributed under the terms of the Creative Commons Attribution License (CC BY 3.0), which permits unrestricted use, distribution, and reproduction in any medium, provided the original author and source are credited.

This article has been corrected: The authors replaced the HO-2 panel of the Western blot in Figure 4B, which was accidently mislabeled and duplicated with the HO-2 panel from Figure 2B. Figure 5 was replaced because the original Figure 5 was misprinted with an additional panel at the bottom, which was a partial copy of the above AU 45 mg/kg panel. In addition, the authors corrected Supplementary Figure 3, where the Nrf2 band was misplaced during figure preparation. All replacements were done using representative images from the original sets of experiments. These alterations do not affect the results or conclusions of this work.

The new Figure 4, Figure 5 and Supplementary Figure 3 are presented below. 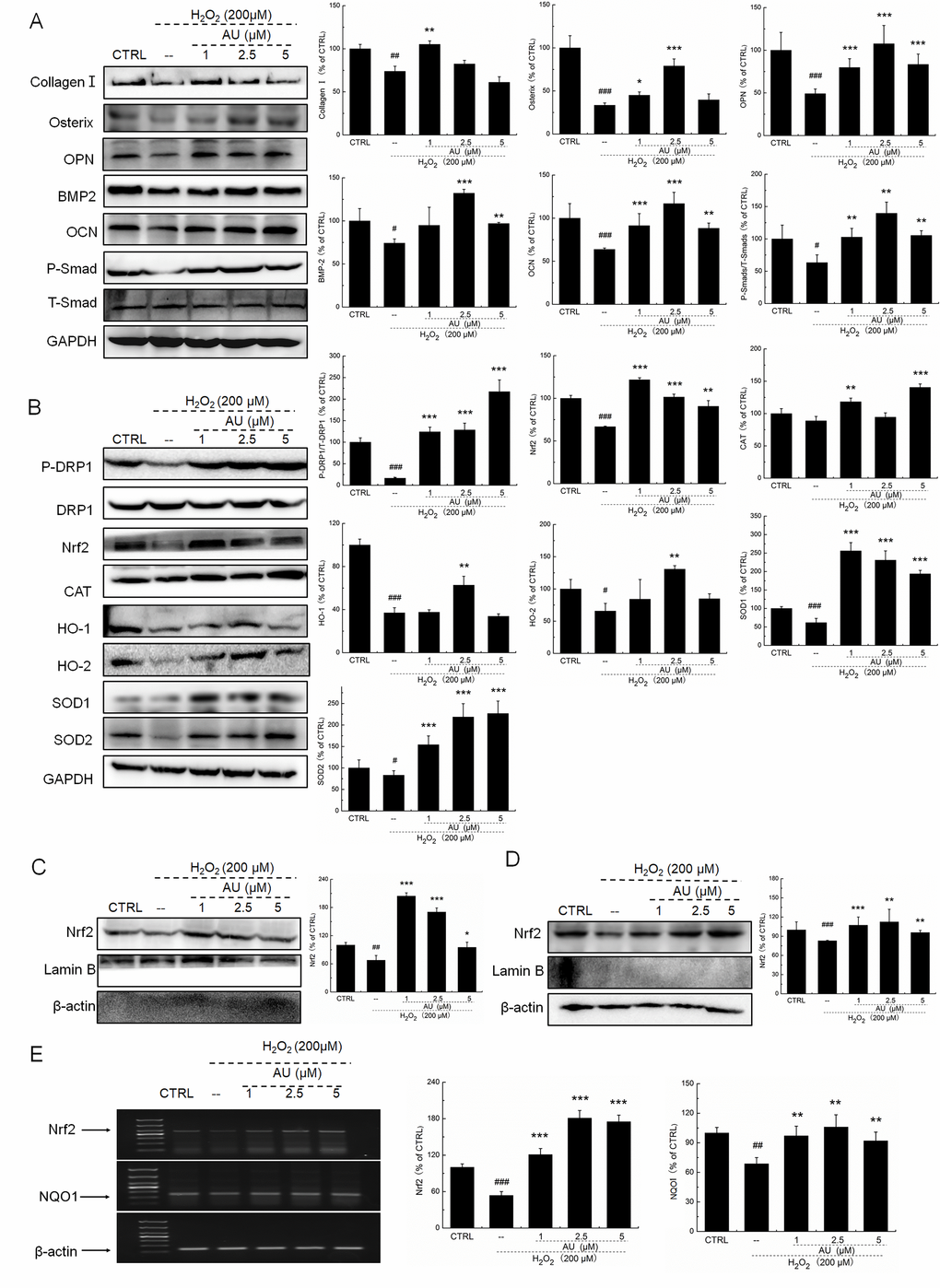 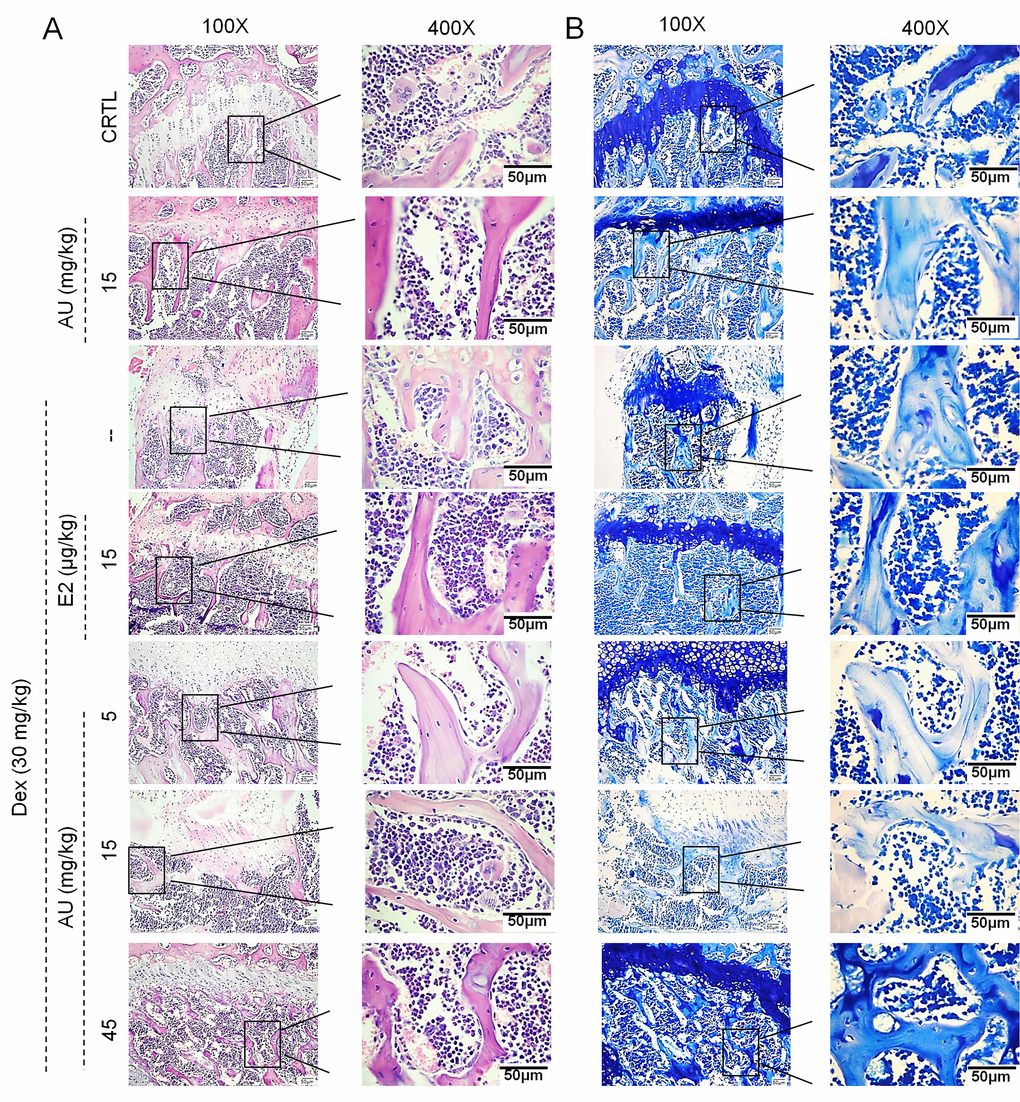 Figure 5. The effects of AU on the femoral histological changes of osteoporotic mice were detected by (A) H&E staining and (B) Giemsa staining (n=6). 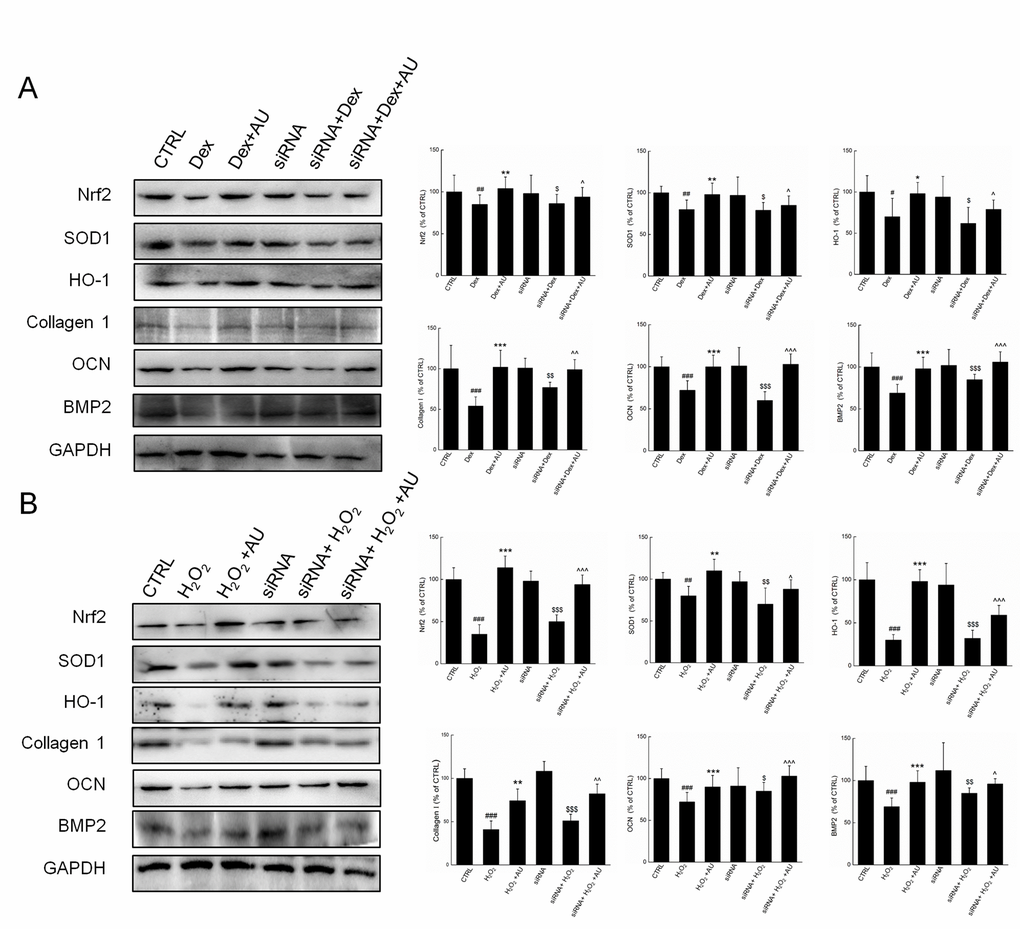