Aging-US: A model of the aged lung epithelium in idiopathic pulmonary fibrosis

Aging-US published "A model of the aged lung epithelium in idiopathic pulmonary fibrosis" which reported that Iiopathic pulmonary fibrosis (IPF) is an age-related disorder that carries a universally poor prognosis. By exposing mouse alveolar epithelial cells to repeated, low doses of bleomycin, instead of usual one-time exposures, the authors uncovered changes strikingly similar to those in the IPF lung epithelium.

They propose that this simple yet powerful tool could help uncover new biological mechanisms and assist in developing new pharmacological tools to treat the disease.

They propose that this simple yet powerful tool could help uncover new biological mechanisms and assist in developing new pharmacological tools to treat the disease.

Dr. Ross Summer from The Jane and Leonard Korman Respiratory Institute as well as Dr. Freddy Romero from The Baylor College of Medicine said, "Idiopathic pulmonary fibrosis (IPF) represents one of the most aggressive and irreversible lung diseases, has an unknown etiology, and limited therapeutic options."

IPF arises from low-grade insults to the alveolar epithelium, which exhaust stem cell capacity and activate pathways that result in progressive tissue remodeling. Age represents the most significant risk factor for the development of IPF. Senescent cells are believed to drive immune cell and fibroblast activation via their production of secretory proteins (SASP), such as IL-6, TNF-β and TGF-β. Emerging evidence indicates that experimentally-induced pulmonary fibrosis can be ameliorated by targeting senescent cells for destruction [15]. This suggests a role for senolytic therapies in the treatment of IPf. 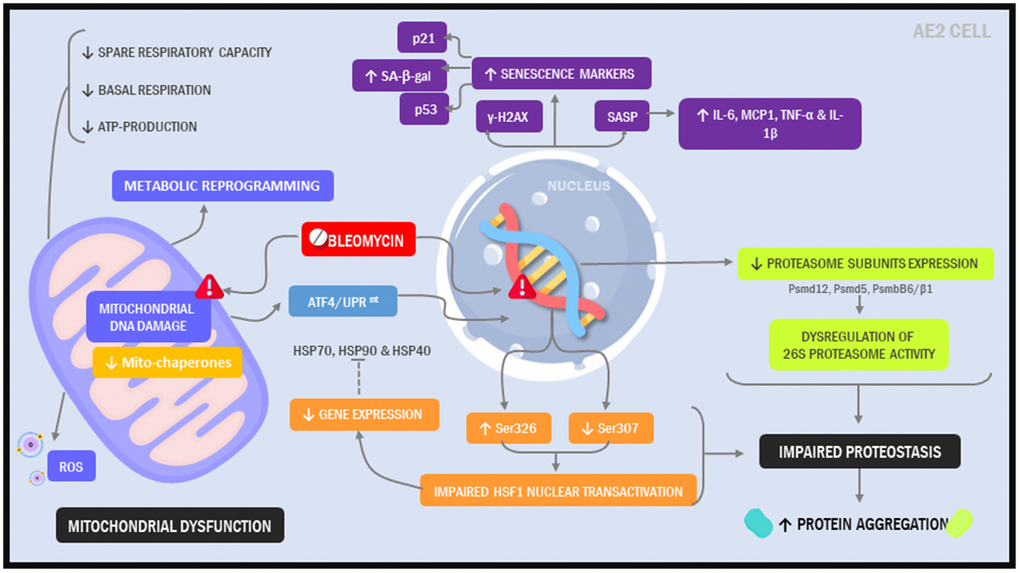 The Summer/Romero Research Team concluded in their Aging-US Research Output, "we describe a novel model of the IPF lung epithelium that displays many characteristics of the dysfunctional IPF alveolar epithelium. Given its low cost and ease of implementation, we believe our model is ideally suited for uncovering the molecular underpinnings driving mitochondrial dysfunction, cellular senescence and loss of proteostasis in IPF. Further, we believe our model is also ideally suited for high throughput testing of novel pharmacological compounds directed at the alveolar epithelium. This includes drugs aimed at eliminating dysfunction epithelial cells, such as senolytic medications and agents that aim to restore health to the IPF alveolar epithelium"