A decline of cell growth, cellular senescence and a blockage of proliferation in G0/G1 phase complete the aged cellular picture.

Moreover, the rate of telomere shortening was greater in pathological cells, suggesting the telomere dysfunction as an emerging key feature in MDPL.

These www.Aging-US.com results suggest an alteration in DNA replication/repair function of POLD1 as a primary pathogenetic cause of MDPL.

"These www.Aging-US.com results suggest an alteration in DNA replication/repair function of POLD1 as a primary pathogenetic cause of MDPL."

The understanding of the mechanisms linking these cellular characteristics to the accelerated aging and to the wide spectrum of affected tissues and clinical symptoms in the MDPL patients may provide opportunities to develop therapeutic treatments for progeroid syndromes.

MAD and MDPL belong to the group of diseases characterized by premature aging, which can be caused by inheritable nuclear envelope and/or DNA repair defects.

Song and colleagues also demonstrated that POLD1 downregulation is able to block the cell cycle at G1 and G2/M phases and results in reduced DNA synthesis, demonstrating the potential role of POLD1 in the regulation of cell cycle progression. 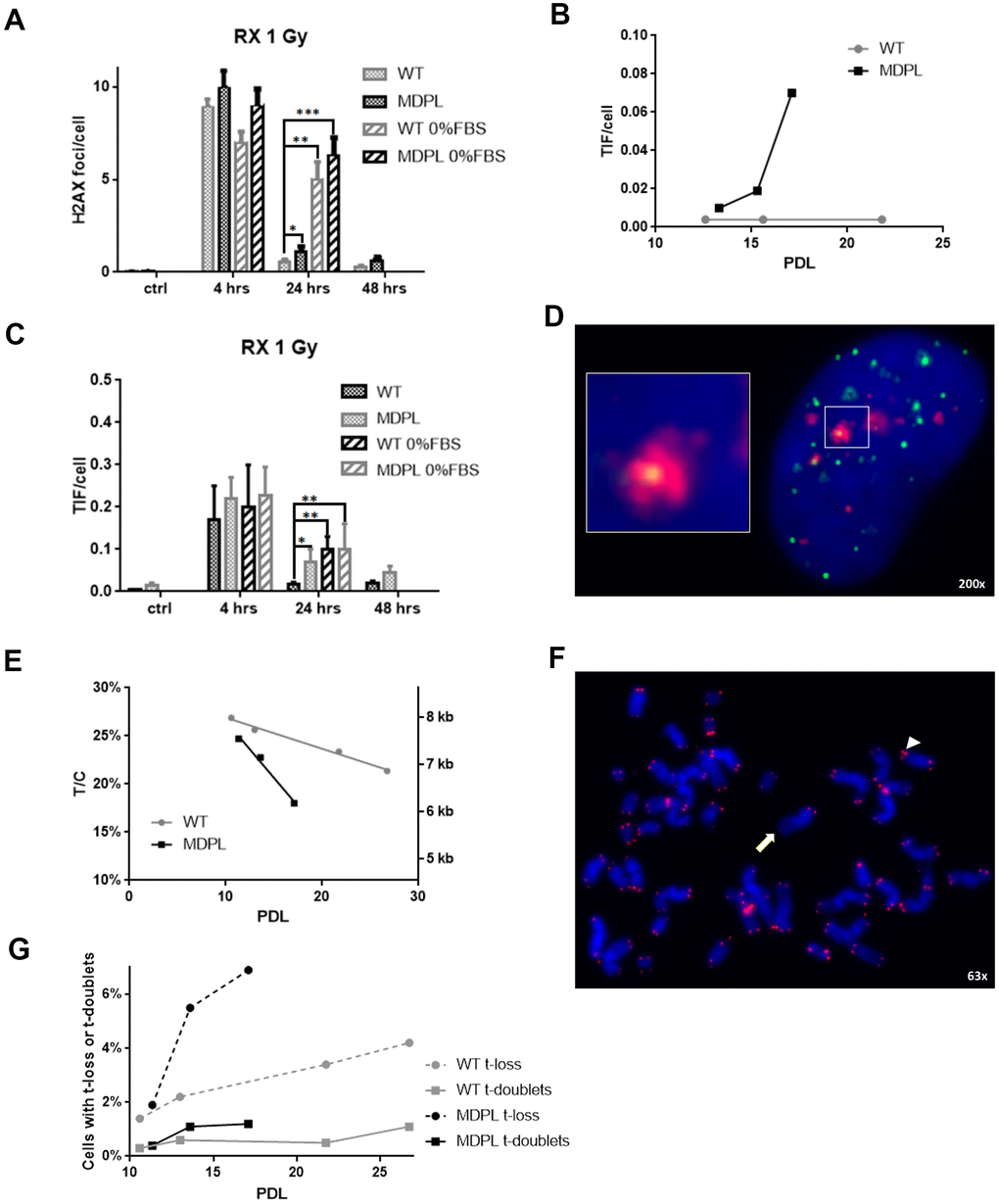 In particular, these researchers shed light on the capacity of MDPL cells to respond and repair DNA induced-damage, especially at telomeric level.

The understanding of the pathogenic mechanism lying at the basis of the MDPL syndrome allows us to explore the link existing among DNA repair and age-related diseases.

The D’Apice/Sgura Research Team concluded in their Aging-US Research Output, "In order to respond to some of these intriguing questions, we are now generating human induced pluripotent stem cells from patient’s fibroblasts for applying genome-editing technologies, like the CRISPR-Cas9 nucleases, as tool for drug screening applications targeting DNA repair and development of therapeutic treatment."