Aging-US published "Applying deductive reasoning and the principles of particle physics to aging research" which reported that aging research currently lacks a common conceptual framework, and one challenge in establishing it is the fact that aging is a highly complex process.

To help develop a framework of standard aging rules, the authors suggest the use of deductive reasoning based on particle physics' principles. They discuss how having a common ground may benefit aging research, introduce the logic of new principles and analyze specific examples of how this framework could be used to study aging and design longevity interventions.

Dr. Alibek Moldakozhayev from The McGill University "Aging is a term used to describe a process consisting of myriads of genetic, molecular, environmental, and stochastic deleterious events, leading to a progressive loss of functionality." 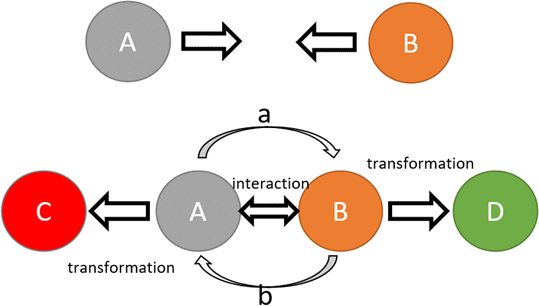 Aging research is a multidimensional and multidisciplinary field; this complexity makes it difficult for those studying this process to have common ground, even when discussing the most fundamental aspects of aging. Despite being a subject of numerous studies over the last two centuries, there is currently no consensus on the nature of aging, e.g., there is a lack of agreement on whether aging is programmed, what its main mechanisms are, how it is related to mortality rate, functional decline and damage accumulation, when it begins, and how it can be managed. In essence, it lacks a foundation on which various researchers can build the knowledge base for the field.

There was an attempt to establish aging axioms that would play a role in the aging paradigm. This could be due to the possible lack of several essential features that would allow us to understand aging better from the perspective of natural science.

There are two ways to consider aging and any other process: deductive and inductive reasoning.

There are two ways to consider aging and any other process: deductive and inductive reasoning

Most theories on aging are based on inductive reasoning, i.e., offer a transition from specific observations to generalized principles of aging.