Aging-US published "Effects of estradiol on biological age measured using the glycan age index" which reported that glycan age is a recently developed biomarker based on glycans attached to immunoglobulin G.

In large population cohorts, glycan age associates well with lifestyle and disease-risk biomarkers, while some studies suggested that glycan changes precede development of several age-associated diseases. In this study the authors evaluated effects of estrogen on the glycan age. After the recovery period glycan age returned to baseline values in both groups.

These results suggest that IgG glycans and consequently also the glycan age are under strong influence of gonadal hormones and that estradiol therapy can prevent the increase of glycan age that occurs in the perimenopausal period.

Dr. Gordan Lauc from The Genos Glycoscience Research Laboratory as well as The University of Zagreb said, "The existence of inter-individual differences in the pace of biological aging is an intriguing concept that tries to explain why some people stay healthy until very late chronological age, while other people age faster and have a shorter life expectancy."

"The existence of inter-individual differences in the pace of biological aging is an intriguing concept that tries to explain why some people stay healthy until very late chronological age, while other people age faster and have a shorter life expectancy."

Glycans attached to IgG change significantly with age and have been suggested as a promising biomarker of biological age. Furthermore, since glycosylation affects interactions between IgG and different Fc receptors and other ligands, changes in glycosylation have direct effects on the function of the immune system, with multiple functional implications.

IgG glycans have been shown to be a reliable biomarker of aging that explains up to 64% of variation in chronological age. However, IgG glycans are not only biomarkers but also functional effectors that participate in the process of aging. This prevented the calculation of glycan age from the available data since glycan age is based on IgG glycans. Aiming to evaluate the effects of ovarian sex hormone suppression followed by estradiol supplementation on biological age measured by the glycan age these authors reanalysed samples from the same intervention study using state of the art glycoprofiling technology. 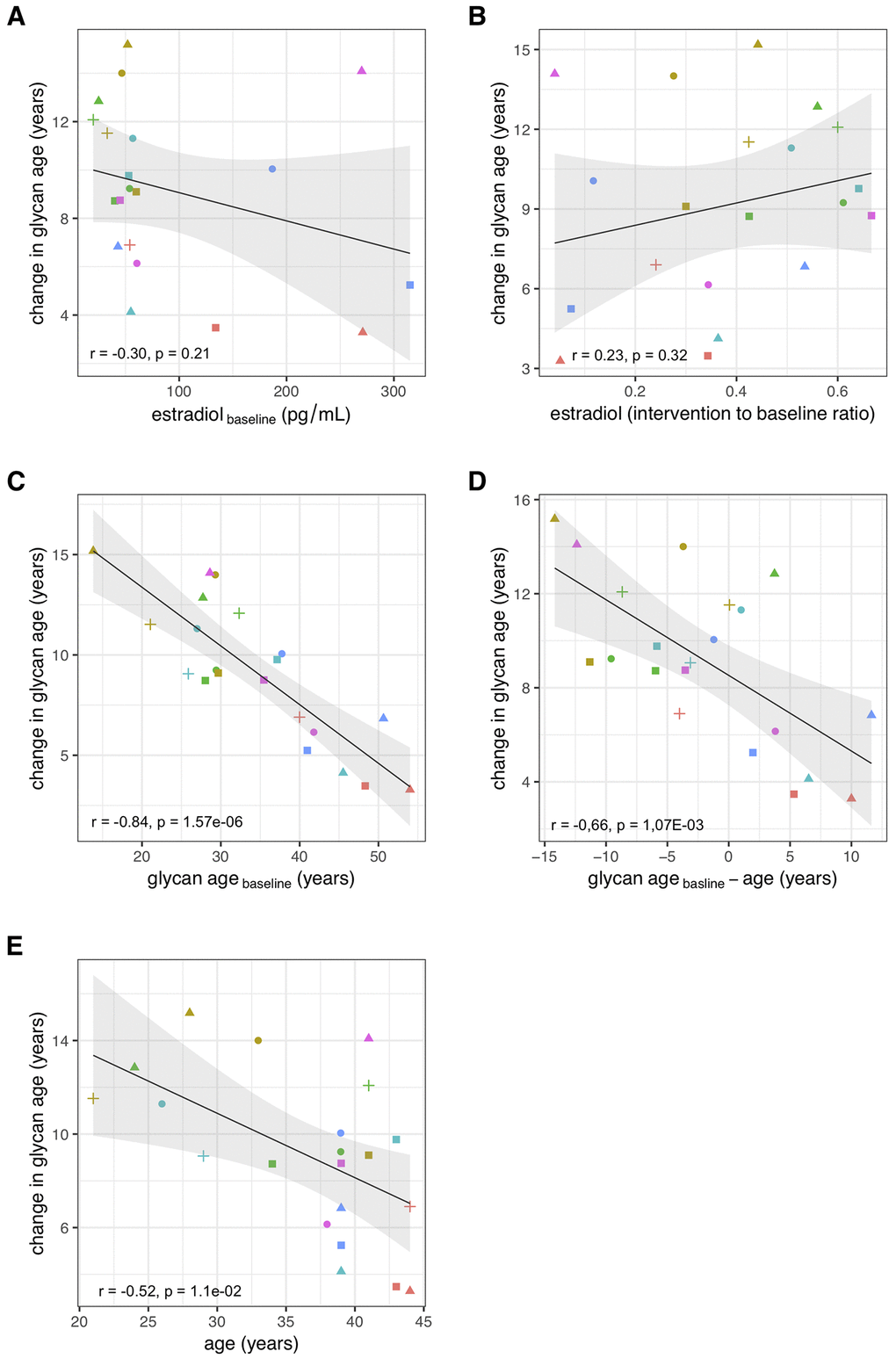 The Lauc Research Team concluded in their Aging-US Research Output that recently a modest improvement in epigenetic age was reported in a small group of individuals undertaking quite radical pharmacological intervention and glycan age was shown to slightly improve by exercise. However, all these changes were modest compared to the effects of the suppression of gonadal hormones, which more than doubled glycan age in some of the participants.