Aging-US: Identification of a novel potential biomarker for hepatocellular carcinoma

Then, the HCC prognostic circRNA-lncRNA-miRNA-mRNA ceRNA network was established.

The authors constructed a prognostic signature with seven target mRNAs by univariate, lasso and multivariate Cox regression analyses, which yielded 1, 3 and 5-year AUC values of 0.797, 0.733 and 0.721, respectively, indicating its sensitivity and specificity in the prognosis of HCC.

Moreover, the prognostic signature could be validated in GSE14520. The prognostic ceRNA network of 21 circRNAs, 15 lncRNAs, 5 miRNAs, and 7 mRNAs was established according to the targeting relationship between 7 hub mRNAs and other RNAs.

The network, revealed in this Aging-US study, may help comprehensively elucidate the ceRNA mechanisms driving HCC, and provide novel candidate biomarkers for evaluating the prognosis of HCC.

The network, revealed in this Aging-US study, may help comprehensively elucidate the ceRNA mechanisms driving HCC, and provide novel candidate biomarkers for evaluating the prognosis of HCC.

Dr. Huifang Liang and Dr. Bixiang Zhang both from The Huazhong University of Science and Technology as well as The Hubei Key Laboratory of Hepato-Pancreato-Biliary Diseases said, "HCC, as the most common type of liver cancer, has become one of the main causes of cancer-related death, and it is also a global health problem that has attracted widespread attention."

They described a complicated post-transcriptional regulatory network, in which circRNAs, lncRNAs and other RNAs can compete with miRNAs and act as natural miRNA sponges by virtue of sharing no less than one miRNA response element .

Since these noncoding RNAs, and protein-coding mRNAs can combine with miRNAs through MRE, they can compete with miRNAs and participate in the regulation of this complex network. 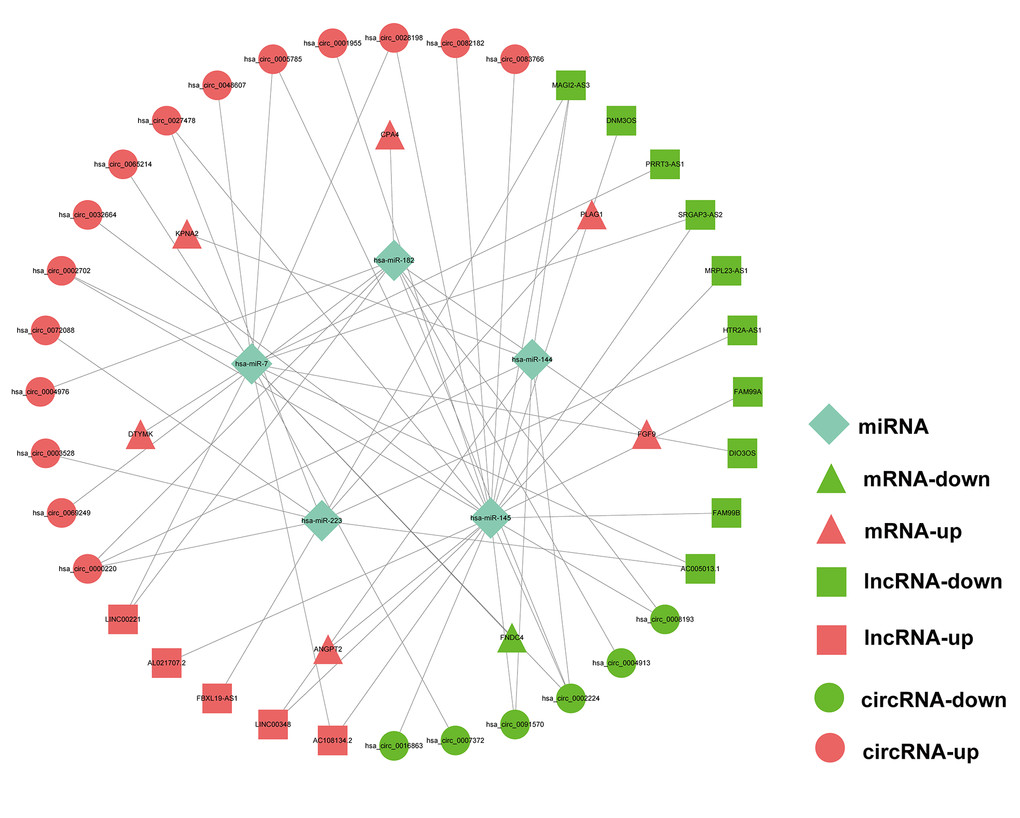 The RNA sequencing data of TCGA or GEO database can provide circRNA, miRNA and mRNA data of various cancers, which can be an excellent resource for data mining and biological discovery.

However, there is no research simultaneously including lncRNAs and circRNAs in the ceRNA network of HCC.

The Liang/Zhang Research Team concluded in their Aging-US Research Output, "current research still has some limitations. No in vivo and further in vitro experiments were performed to verify the function of DTYMK in HCC. Additionally, the role of some hub ncRNAs in the prognostic ceRNA network should be verified in future experiments."