The classical pathological characteristics of PD are progressive injury and loss of dopaminergic neurons in the substantia nigra pars compacta and the formation of Lewy bodies and Lewy neurites. The molecular mechanisms underlying PD are yet poorly understood due to a large number of factors involved and their complicated interplay. Merging studies implicate dysfunction of vesicle transport as an underlying mechanism of PD.

SGs represent the primary subcellular site for the biosynthesis, storage, and release of neuropeptides and hormones. They are filled with cargo at the trans-Golgi network to form primary vesicles, undergo maturation step as they travel along cytoskeletal filaments, and finally release the processed proteins responding to calcium signals. SGs secretory and processing machinery require orchestrated actions of an incredible repertoire of lipids, ATP, cytoskeletal filaments, and enzymes.

Scg3 acts as a bridge between chromogranin A and the cargo aggregates. It also participates in early peptide processing by interacting with carboxypeptidase E in the vesicle membrane. In these authors previous studies, a toxin-induced by dopaminergic neuron model of PD was established with paraquat. 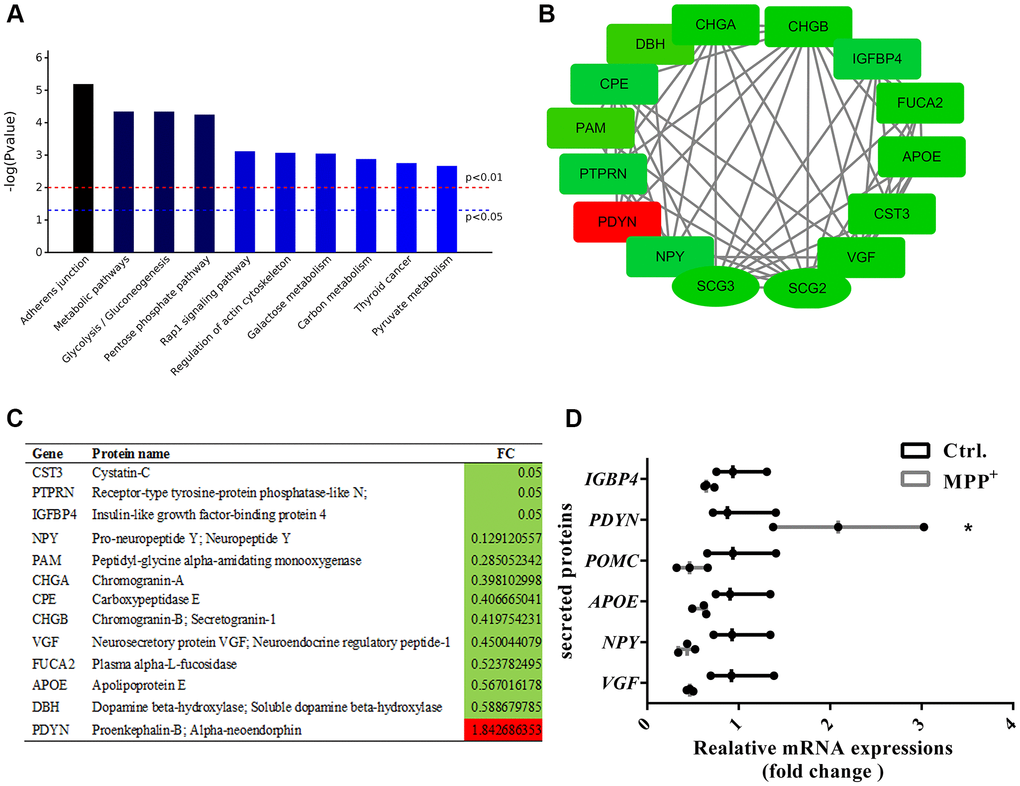 The Zhan Research Team concluded in their Aging-US Research Output that three of the 56 significantly differentially expressed proteins in «secretory granules» have also been identified or predicted in other omics studies of PD. Calmodulin 3 encodes a family of proteins that bind calcium and function as an enzymatic co-factor. Moreover, CALM3 was predicted as one of the prioritizing genes for PD after co-analysis of DEGs from the above microarray with the established PD associated-genes using a network science approach.