Aging-US published "Spatiotemporal dynamics of γH2AX in the mouse brain after acute irradiation at different postnatal days with special reference to the dentate gyrus of the hippocampus" which reported that, radiosensitivity of the different brain cells, including neurons, glial cells, cells in cerebrovascular system, epithelial cells in pia mater, ependymal cells lining the ventricles of the brain in immature animals at different postnatal days remains unknown.

Whether radiation-induced γH2AX foci in the immature brain persist in adult animals still needs to be investigated.

Hence, using a mouse model, the authors showed an extensive postnatal age-dependent induction of γH2AX foci in different brain regions at 1 day after whole body gamma irradiation with 5Gy at postnatal day 3 , P10 and P21. P3 mouse brain epithelial cells in pia mater, glial cells in white matter and cells in cerebrovascular system were more radiosensitive at one day after radiation exposure than those from P10 and P21 mice.

Persistent DNA damage foci were consistently demonstrated in the brain at 120 days and 15 months after irradiation at P3, P10 and P21, and these mice had shortened lifespan compared to the age-matched control.

The Aging-US results suggest that early life irradiation-induced PDDF at later stages of animal life may be related to the brain aging and shortened life expectancy of irradiated animals.

The Aging-US results suggest that early life irradiation-induced PDDF at later stages of animal life may be related to the brain aging and shortened life expectancy of irradiated animals.

Gamma H2A histone family member X is a phosphorylated H2AX on serine 139. While the number of its initial foci increases in lymphocytes immediately after radiation exposure, it is reduced with deoxyribonucleic acid double-strand break repair after acute radiation exposure.

γH2AX foci have therefore been considered as a sensitive biomarker for DSB and repair at the early stage, and for ageing and gene silencing in unrepairable DNA damaged neurons at the late stages of radiation exposure.

Thus, understanding the spatiotemporal dynamics of brain γH2AX after irradiation at an early life of an animal may be important for monitoring life-time radiation effect on neurodegeneration and brain aging. It can also be used for evaluating the therapeutic effects of radio-neuro-protective drugs and for designing novel therapy by targeting γH2AX protein to promote neural repair process, as well to prevent the development of neurological and neuropsychological disorders. 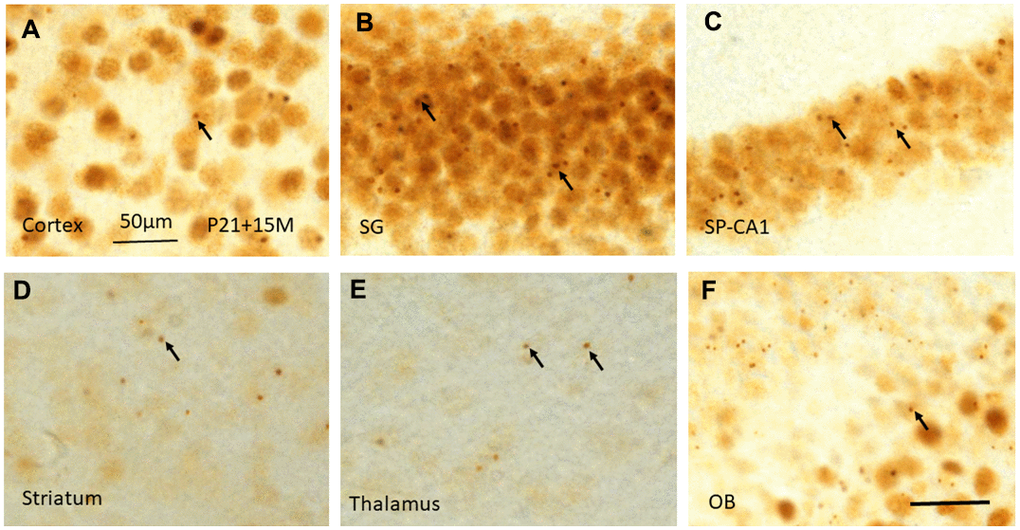 Figure 7. γH2AX immunostaining shows irradiation-induced γH2AX foci (arrows) in different brain regions including cortex (A), stratum granulosum of the dentate gyrus (B), stratum pyramidale of CA1 area of the hippocampus (C), striatum (D), thalamus (E), and olfactory bulb (F) at 15 months after irradiation at P21. Scan bar=50μm in (A) applies to (B–F).

This study aimed to investigate the spatiotemporal dynamics of γH2AX expression in the mouse brain, in particular, dentate gyrus after acute radiation exposure.

The findings may reveal:

The Tang/Sethi Research Team concluded in their Aging-US Research Output, "Extensive γH2AX foci were induced in the mouse brain at 1 day after irradiation at P3, P10 and P21, which lasted till 15 months after irradiation. The appearance of γH2AX foci in the epithelial cells in pia mater, glial cells and blood vessel endothelial cells in the brain of mice 1 day after irradiation at P3, but not P10 and P21 suggested that P3 mouse brain is much more radiosensitive than P10 and P21. The early life radiation-induced γH2AX foci, or PDDF may be involved in the brain aging leading to the shortened life expectancy in irradiated animals. From a speculative point of view, PDDF may be involved in the radiation-induced progressive neuronal loss, and the onset of different neurological and neuropsychological disorders depending on the patterns of neuropathological changes. It may also represent gene silencing in DNA damaged neuron to preserve genome stability and prevent the synthesis of aberrant mRNA and protein products as suggested previously." 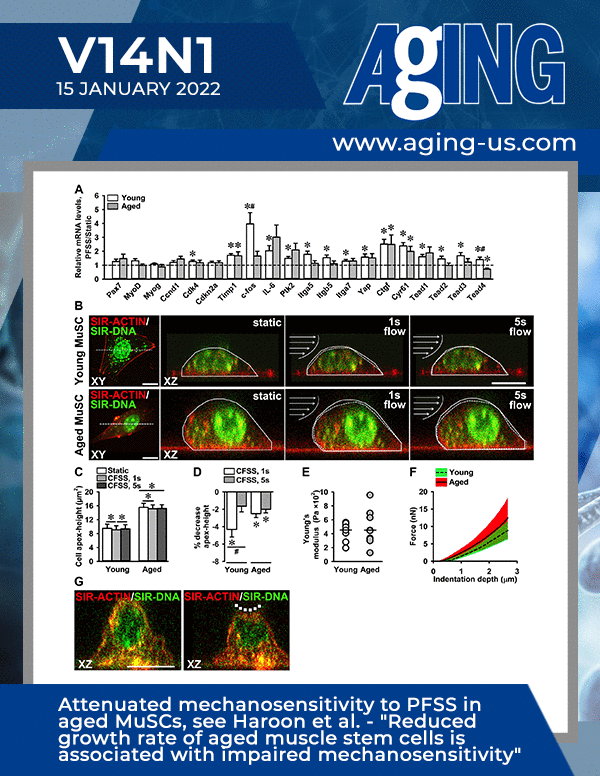