Shorter telomeres in children with severe asthma, an indicative of accelerated aging

Copyright: © 2021 Barbé-Tuana et al. This is an open access article distributed under the terms of the Creative Commons Attribution License (CC BY 3.0), which permits unrestricted use, distribution, and reproduction in any medium, provided the original author and source are credited.

Severe therapy-resistant asthma (STRA) is closely associated with distinct clinical and inflammatory pheno-endotypes, which may contribute to the development of age-related comorbidities. Evidence has demonstrated a contribution of accelerated telomere shortening on the poor prognosis of respiratory diseases in adults. Eotaxin-1 (CCL11) is an important chemokine for eosinophilic recruitment and the progression of asthma. In the last years has also been proposed as an age-promoting factor. This study aimed to investigate the association of relative telomere length (rTL) and eotaxin-1 in asthmatic children. Children aged 8-14 years (n=267) were classified as healthy control (HC, n=126), mild asthma (MA, n=124) or severe therapy-resistant asthma (STRA, n=17). rTL was performed by qPCR from peripheral blood. Eotaxin-1 was quantified by ELISA from fresh-frozen plasma. STRA had shorter telomeres compared to HC (p=0.02) and MA (p=0.006). Eotaxin-1 levels were up-regulated in STRA [median; IQR25-75)] [(1,190 pg/mL; 108–2,510)] compared to MA [(638 pg/mL; 134–1,460)] (p=0.03) or HC [(627 pg/mL; 108–1,750)] (p<0.01). Additionally, shorter telomeres were inversely correlated with eotaxin-1 levels in STRA (r=-0.6, p=0.013). Our results suggest that short telomeres and up-regulated eotaxin-1, features of accelerated aging, could prematurely contribute to a senescent phenotype increasing the risk for early development of age-related diseases in asthma.

Asthma is a complex, heterogeneous, and prevalent chronic respiratory disease that can develop early during childhood and persist through life. It is characterized by variable airflow obstruction and tissue remodeling of the airways. Allergic asthma, one of its common phenotypes, often begins in childhood and is characterized by the accumulation of eosinophils in the airways with overproduction of reactive oxygen species (ROS). Eotaxin-1, also called CC motif chemokine ligand 11 (CCL11), is a potent selective chemoattractant for eosinophils. Independent of important functions in the persistent phenotype of allergy and asthma, eotaxin-1 is linked to functions throughout the body. In the central nervous system, the eotaxin-1 expression is associated with cognitive dysfunction, reduced neurogenesis, impaired memory, and learning, all features observed in aging. Administration of eotaxin-1 in young mice recapitulates cognitive impairment observed in old animals. Because eotaxin-1 is elevated in aged mice and humans it has been identified as an aging-associated factor [1]. Accelerated shortening of the telomeres, the repetitive tandem sequences localized at the termini of linear eukaryotic chromosomes, anticipates the aging process leading to diseases. Adults with asthma present short telomeres and there is an association between accelerated telomeres shortening and disease severity [2]. Individuals with persistent or severe asthma, where continuous activation of the immune cells and eosinophilic activity is not satisfactorily controlled have shorter telomeres than healthy individuals [3]. Taken together, these studies suggest that telomere length (TL) analysis could work as a predictor of disease progression in respiratory diseases. This may be crucial if observed in severe diseases from very early in life. As a hypothetical model, the evaluation of TL in children with severe therapy-resistant asthma (STRA) as a predictor of senescence might be clinically useful. In this work, we investigated differences in TL and eotaxin-1 in children with STRA and compared it to mild asthmatics (MA), and healthy controls (HC).

Table 1. Demographic and clinical characteristics of the subjects*. 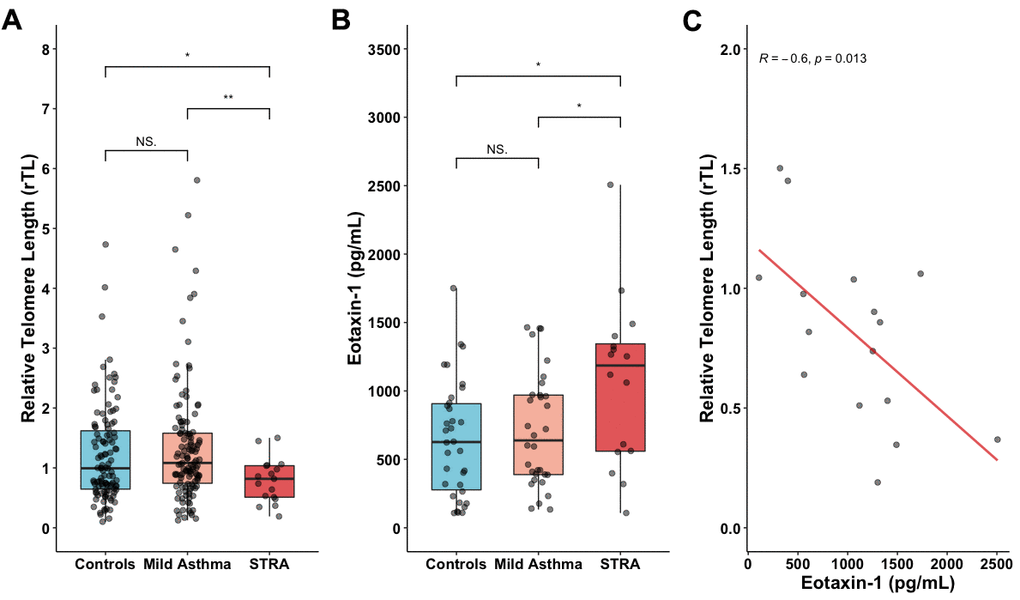 Table 2. Clinical features and laboratory characteristics of the STRA group.

To the best of our knowledge, this is the first report showing a decrease in TL in children with STRA but not in MA and HC. We demonstrate that the up-regulation of the chemokine eotaxin-1 inversely correlates with TL in the STRA group but not MA or HC. Our observations are in line with previous studies in adults with chronic respiratory diseases. Cross-sectional work investigating the relationship between TL and chronic obstructive pulmonary disease (COPD) or mild and severe asthmatic adult patients [2] is related to shorter telomeres independent of cell type. In particular, Belsky et al. observed shortened TL in midlife adults with persistent childhood asthma compared with adults with adolescent or adult-onset with a comparable attrition rate, suggesting early mechanisms of DNA damage and erosion during the initial course of the disease [3]. One likely explanation for telomere erosion in STRA children could be the pro-oxidant environment. A persistent cycle of oxidative stress, DNA damage, inflammation-dependent cell-recruitment, and stem cell differentiation/repair induces tissue dysfunction and high frequency of senescent cells. ROS-dependent oxidative DNA damage has been described as an endogenous inducer for telomeres attrition [4] and a hallmark of aging. A significant source of ROS is comes from eosinophils, which respond to eotaxin-1 chemotaxis through the up-regulation of the C-C chemokine receptor type 3 (CCR3). Various cells (airway epithelial, fibroblasts, smooth muscle cells, and macrophages) secrete eotaxin-1 contributing to eosinophils recruitment. Consistent with another study in a similar cohort [5], our results show up-regulation of the eotaxin-1 gene that aggravates with worsening disease severity. Interestingly, eotaxin-1 is an age-dependent chemokine. Participants from our study had a similar age range, suggesting that STRA children exhibit a premature aging phenotype. Indeed, age-related diseases, such as asthma, display a high proportion of eosinophils, with active peroxidases propagating the pro-oxidative environment.

Ccr3 gene knockout mice have reduced production and maturation of eosinophils, homing to lung tissues, and airways hyperreactivity [6]. We found no association between rTL and frequency of eosinophils in the MA or STRA group nor with total IgE (data not shown), suggesting that at this age, eosinophil numbers might not be primarily related to telomeres shortening but subsequent actions induced by them. CCR3 is a central mediator of neuronal death. In this sense, it is plausible to speculate that the activation of the CCR3/CCL11 axis may lead to increased DNA damage, telomeres reduction, and augmented cell death in the airways. Data from our bioinformatic analyses suggest that this relationship occurs through the activation of the NADPH oxidase 1 gene (NOX1), which in turn leads to superoxide production (manuscript under preparation). These results are corroborated as eotaxin-1 signaling through CCR3 induces a dose-dependent increase in ROS, amplified in asthmatic patients [7]. Thus, oxidative stress might be a plausible consequence of CCL11 cellular stimulation. Furthermore, it is now known that telomeric friction occurs not only linearly during cell duplication, but also by endogenous or exogenous factors that modulate its shortening. Besides, damage caused by reactive species in telomeric regions is more difficult to recover, possibly by the interference of shelterin proteins in repair pathways [8, 9]. However, in our study, the pro-oxidant circuit was not associated with disease severity. Of note, the telomeric reduction occurs not only during cell duplication. Thus, considering the ability to increase the oxidative stress levels characteristic of the eotaxin-1 signaling and the potential of reactive species for telomeric attrition, we suggest that the association we describe in STRA occurs through a different molecular mechanism yet to be demonstrated. In STRA children, telomeres erosion might be a consequence of cumulative secretion of ROS that overwhelms the antioxidant homeostatic system leading to an accelerated aging phenotype.

In summary, considering telomere length an important biological marker for the early development of many pathologies, we suggest that shorter telomeres inversely associated to augmented plasma levels of eotaxin-1 in children with STRA are indicative of a systemic senescent phenotype. Our observations support the hypothesis that severe asthma can be recognized as an aging disease present early in life.

One-hundred twenty-four children with MA and 17 subjects with STRA were enrolled with 126 HC children, after informed written consent from their parents and approval from the International Review Board. Asthma severity classification was done by expert physicians following American Thoracic Society (ATS) guidelines. In the MA group, 95(77%) of the subjects were receiving as-needed short-acting beta-agonist (SABA), and 29(23%) low dose of inhaled corticosteroids (ICS). In the STRA group, all patients were treated with a combination of high-dose ICS and long-acting beta-agonists (LABA), of which 7(41%) patients were also receiving omalizumab for uncontrolled persistent allergic asthma.

Spirometry was done according to the ATS and European Respiratory Society (ERS) guidelines and transformed to Z-scores [10]. The spirometric parameters assessed were forced expiratory volume in 1 second (FEV1), forced vital capacity (FVC), relation FEV1/FVC and forced expiratory flow in 25 and 75% of FVC (FEF25-75%). Normalization of spirometric data, presented in Z-scores was performed through an international reference equation [11]. It was considered necessary three acceptable and two repeatable curves. After obtaining acceptable curves, reproducibility criteria were applied. Tests were repeated as far as the obtaining of repeatable values, not exceeding 8 attempts. Both the flow-volume and volume-time curves as the results were primarily analyzed by the researchers during the test; those that did not reach acceptance and reproducibility criteria were excluded at the moment of sampling [12].

Relative mean telomere length (rTL) was performed by quantitative real-time PCR using a 96-well Real-Time PCR instrument StepOnePlus™ (Applied Biosystems). Each sample was amplified for the telomeric region (T) and a single copy (S) gene, encoding the ribosomal acid phosphoprotein P0 gene (RPLPO). Samples were run in triplicate (25 ng/reaction) with same spatial localization for both reactions (T or S) in different plates. T/S ratio (2ˆΔΔcT) was calculated as previously described by Cawthon with modifications [14]. Intra- and inter- variability was controlled and analyzed if cT < 0.5. Additionally, a set of 15 samples from each group was run a second time to confirm previous results and reproducibility.