Aging-US published "Alteration of mitochondrial homeostasis is an early event in a C. elegans model of human tauopathy" which reported however, whether mitochondrial dysfunction occurs prior to the detection of tau aggregates in tauopathies remains elusive.

These findings suggest that defective mitochondrial function is an early pathogenic event of tauopathies, taking place before tau aggregation and undermining neuronal homeostasis and organismal fitness.

Understanding the molecular mechanisms causing mitochondrial dysfunction early in tauopathy will be of significant clinical and therapeutic value and merits further investigation.

Understanding the molecular mechanisms causing mitochondrial dysfunction early in tauopathy will be of significant clinical and therapeutic value and merits further investigation.

Dr. Vilhelm A. Bohr from The University of Copenhagen as well as The National Institutes of Health said, "Tau is a microtubule-associated protein (MAP) that plays an important role in the assembly and stabilization of microtubules."

Neurons are particularly vulnerable to impairment of mitochondrial dynamics because they are largely dependent on mitochondria for energy production, especially at the synapses and because distribution of mitochondria to distal parts of the neuron require energy.

Mitochondrial fusion and fission events are also quality control mechanisms, since fusion complements damaged components of a mitochondrion with those of a healthy mitochondrion, and mitochondrial fission facilitates the selective autophagic removal of defective organelles, known as mitophagy. 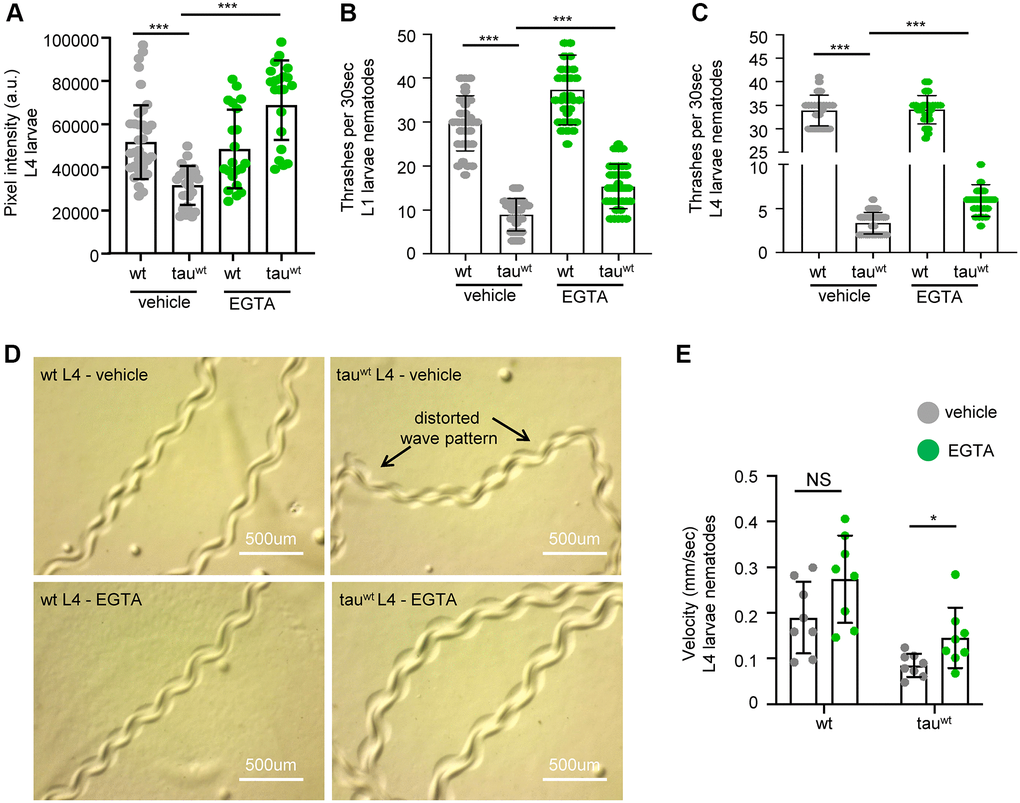 Although the effect of tau lesion on mitochondrial metabolism is frequently reported, it remains unclear whether altered mitochondrial homeostasis is a result of fully developed tau pathology or it is an early event in tauopathies and as such may play a critical role in the disease progression.

The Bohr Research Team concluded in their Aging-US Research Output that although this research team cannot exclude possible differences in mechanisms of tau toxicity between C. elegans and human disease, the enhanced biological toxicity of mutant tau as reported previously, the degenerative nature of the pathology, and the selective accumulation of abnormal tau in areas of neuronal degeneration, all argue that the mechanisms of tau neurotoxicity are conserved between C. elegans and humans.