Tumor-associated macrophages (TAMs) are important components of the tumor microenvironment, which are characterized by pro-tumor M2 phenotype and correlate with poor survival of nasopharyngeal carcinoma (NPC). Heme oxygenase-1 (HO-1) plays a crucial role in macrophage polarization toward M2 phenotype, but its prognosis significance in NPC has been rarely determined. To gain insights into the HO-1 expression profile and to determine the clinical significance of HO-1 in NPC, we performed immunohistochemistry analyses in 126 NPC specimens. CD163, a highly specific marker of M2 macrophages, was used as a surrogate for the polarization state of TAMs. Our results showed that high expression of HO-1 and CD163 were detected in TAMs for 57.9% (73/126) and 61.9% (78/126) of the studied patients, and both of them were significantly associated with worse survival. Additionally, a significant correlation between the intensities of HO-1 and CD163 was identified, and HO-1 exhibited a superior ability in predicting survival compared with CD163. Our study revealed for the first time that overexpression of HO-1 characterized a poor-prognosis subtype in NPC. Individualized therapy targeting HO-1 might serve as a promising treatment modality for NPC.

Nasopharyngeal carcinoma (NPC) is a highly invasive malignancy prevalent in Southern China, Southeast Asia, and North Africa. Worldwide, 129,079 cases of NPC were reported in 2018 [1]. The standard of care for non-metastatic NPC is radiotherapy for early-stage patients and chemoradiotherapy for locally advanced disease. However, 20–30% of the patients still develop local-regional recurrence and/or distant metastasis [2, 3]. Thus, newer treatment modalities, especially the use of molecular targeted therapeutics, are intensively sought.

Studies have shown that tumor microenvironment plays an important role in carcinogenesis and progression of cancer [4]. Macrophages are essential components of tumor stroma cells, which are extremely plastic cells. They could be polarized into two functionally distinct forms, M1 and M2 phenotypes [5], of which M1 macrophages contribute to mediating pro-inflammatory immune response and protecting against tumorigenesis, while M2 macrophages function in promoting immune evasion of tumor cells and producing immune tolerance. Consequently, M2 macrophages are widely considered as pro-tumor macrophages.

Tumor-associated macrophages (TAMs) are the most abundant immune cell populations in the tumor microenvironment, which are characterized by M2 phenotype and are found to promote the growth and invasion of cancer cells [6]. CD163 is a highly specific marker of M2 macrophages, and it was reported that high level of CD163+ TAMs was associated with poor survival in NPC [7]. Consequently, inhibiting macrophage polarization toward M2 phenotype is being closely scrutinized for a potential strategy in the treatment of NPC.

Heme oxygenase-1 (HO-1) is well-known as a stress-inducible protein in response to oxidative stress and inflammatory stimuli, owing to the anti-inflammatory and immunomodulatory properties [8]. Recently, researchers have reported that HO-1 plays a crucial role in polarization of M2 macrophages [9]. Moreover, HO-1 was found to be over-expressed in various tumors, and it is considered to be a key pro-tumor molecule against host attack as well as chemotherapy and radiation therapy [10–13]. Shi et al. examined HO-1 expression using RT-PCR in 32 NPC patients, and the results showed that HO-1 expression was found in 19 patients (59.4%), among which nine (47.4%) showed no response to radiotherapy, while among the 13 patients with HO-1 negative expression 12 (92.3%) exhibited responsiveness to radiotherapy, suggesting that high expression of HO-1 might correlate with poor response to radiotherapy [14]. However, this study was done with rather small number of patients and short follow-up periods, thus largely restricting the interpretation of the prognosis significances, especially in survival and disease progression of HO-1 in NPC.

In the current study, 126 newly diagnosed, non-metastatic NPC patients with consecutive follow-ups were reviewed retrospectively with the primary goal of determining the long-term prognostic importance of HO-1 expression in NPC. In addition, the interrelationship between HO-1 expression and CD163 expression in NPC was explored as a secondary goal to examine if there exists a role for HO-1 in TAMs polarization.

With a median follow-up of 49.0 months (range: 8.9-111.4 months), locoregional recurrence and distant metastasis were observed in 18 and 24 patients, respectively, and 26 of them deceased of disease progression, among which 11 presented with locoregional recurrence and 15 presented with distant metastasis. The 4-year LRFFS, DMFS, PFS and OS in our cohort were 91.3%, 79.2%, 74.3% and 81.3%, respectively.

High expression of HO-1 and CD163 were detected in 57.9% (73/126) and 61.9% (78/126), respectively, of the studied cohort. Considerable amounts of TAMs exhibited co-expression of HO-1 and CD163 (Figure 1B, 1D). HO-1 was mainly found in the cytoplasm and nuclei of TAMs, while CD163 was observed in the TAMs by a granular cytoplasm or a cytoplasmic and membrane staining pattern. Table 2 summarizes the distribution of HO-1 and CD163 scoring within the clinicopathological characteristics of patients. The initial cohort was divided into two groups defined a priori based on expression levels of HO-1 or CD163: patients with high expression (HO-1high; CD163high) and patients with low expression (HO-1low; CD163low). The results showed that the expression of CD163 was significantly higher in patients with undifferentiated non-keratinized carcinoma than those with differentiated carcinoma (P = 0.019). However, neither HO-1 nor CD163 correlated with gender, age, T stage, N stage and clinical stage of patients (P>0.05). Interestingly, our study also demonstrated that there was a moderately significant correlation between the expression levels of HO-1 and CD163 in TAMs with a Spearman’s correlation coefficient of 0.536 (P < 0.001) (Figure 2). 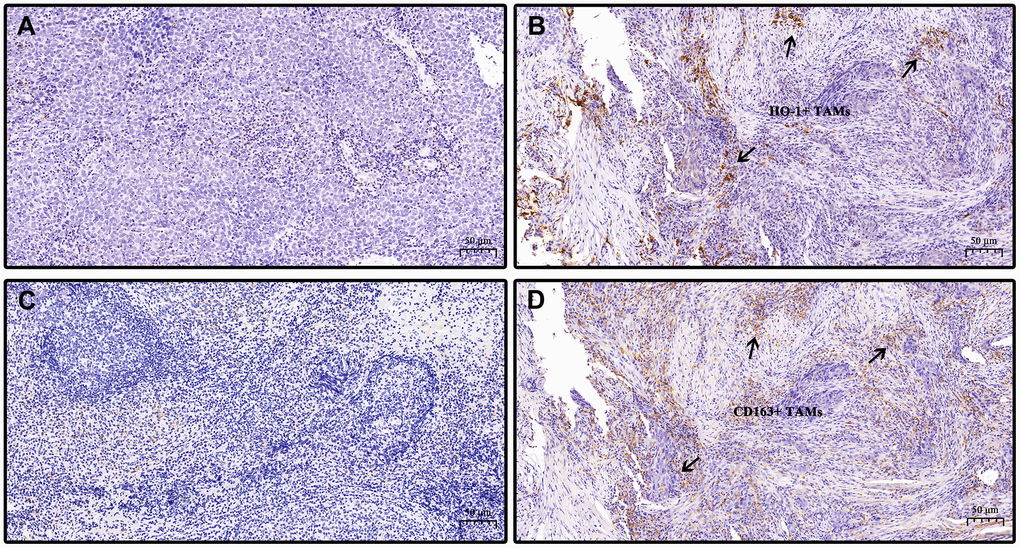 Table 2. Distribution of HO-1 and CD163 expression within the clinicopathological characteristics of nasopharyngeal carcinoma patients. 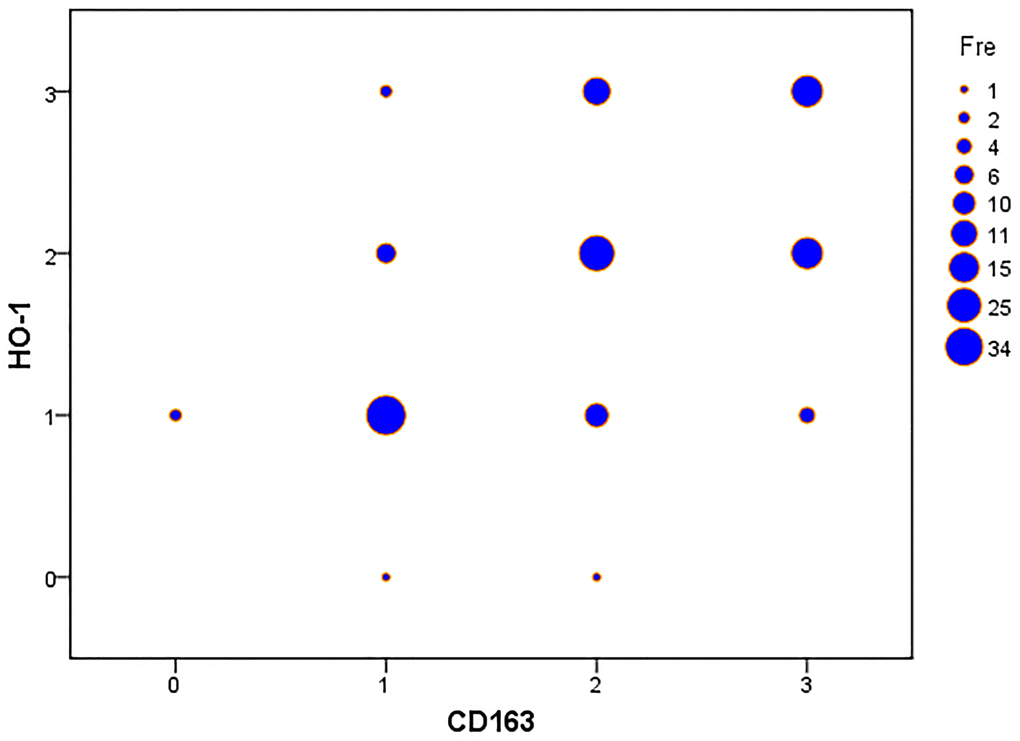 Table 3. Impact of prognostic factors on OS of nasopharyngeal carcinoma by univariate and multivariate analysis.

Table 4. Impact of prognostic factors on PFS of nasopharyngeal carcinoma by univariate and multivariate analysis. 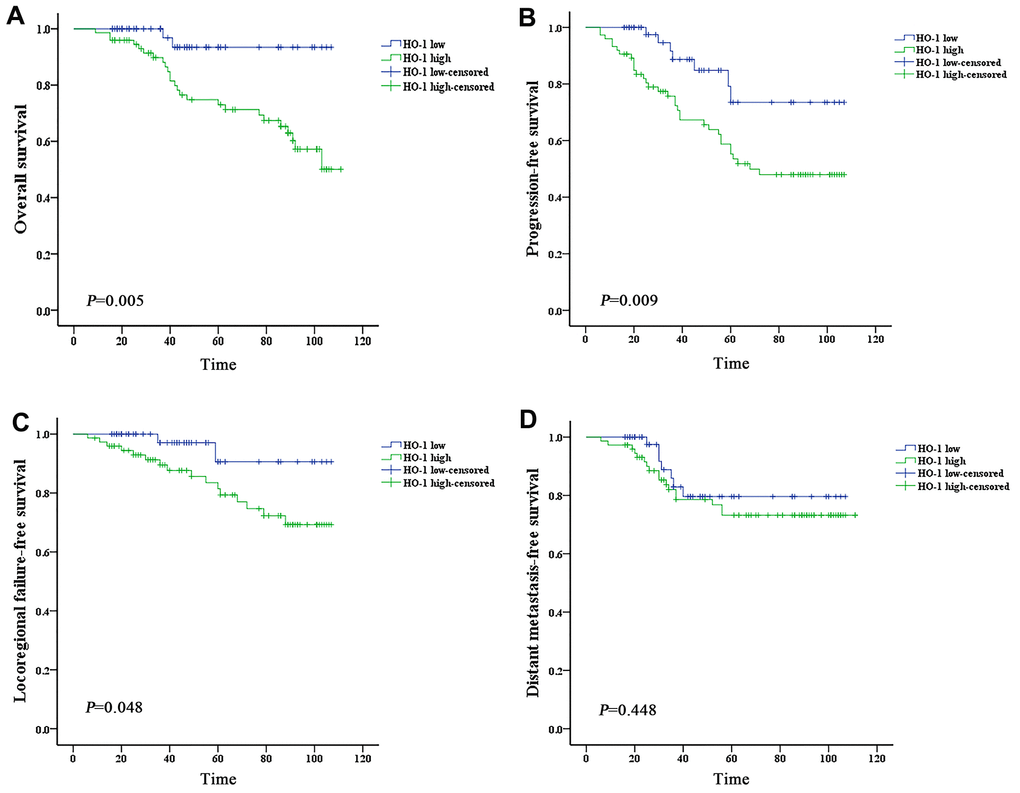 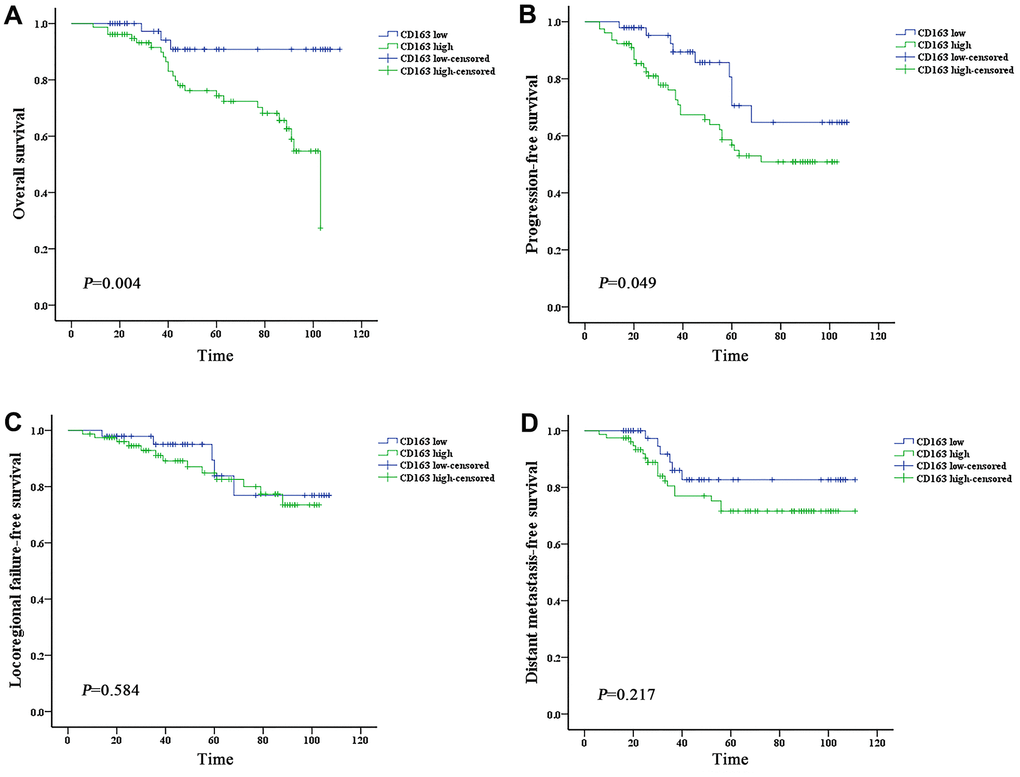 To further assess the predictive capability of HO-1 and CD163 for OS and PFS in NPC, the area under the curve (AUC) for the ROC curves were evaluated (Figure 5). These results showed that the AUC values of HO-1 in predicting OS and PFS of patients were 0.707 and 0.685, respectively, overperforming those of CD163 (0.667 and 0.620). 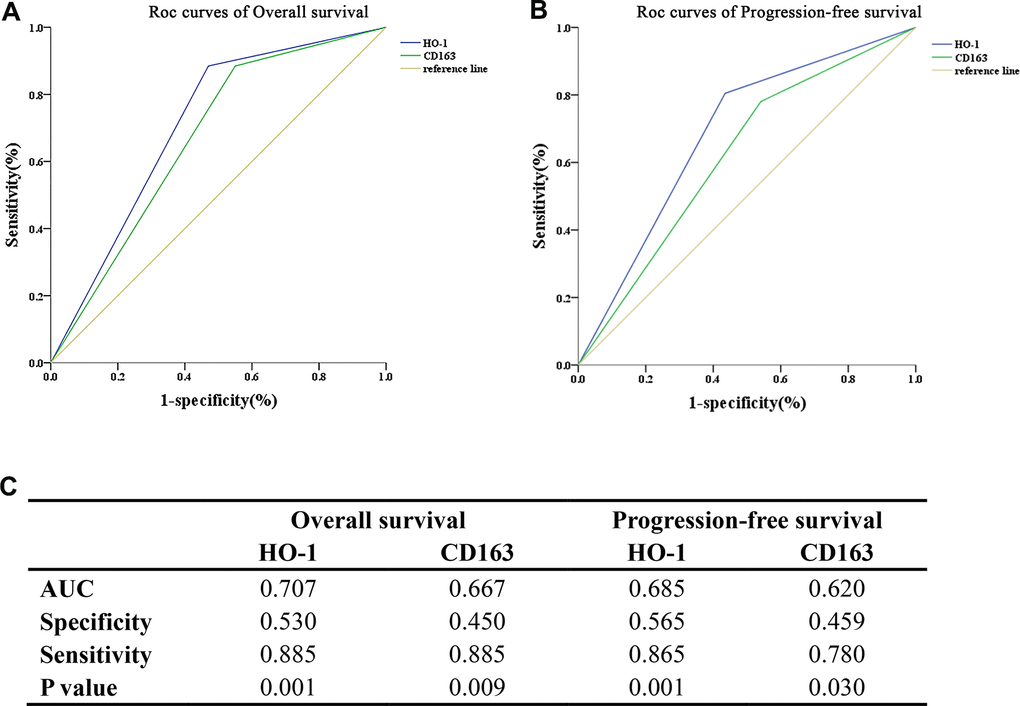 In this retrospective study, we collected clinical information of 126 patients with non-metastatic NPC and examined the expression of HO-1 and CD163 proteins in pretreatment biopsy samples to determine their relationship with prognosis. The results showed that there was a significant correlation between the intensities of HO-1 and CD163, and both of them correlated with poor prognosis of NPC.

The prognostic significance of TAMs in cancer remains the subject of debate. High expression of TAMs was examined as a poor prognostic indicator in most studies [7, 15–18], however, other researchers found that TAMs could exert an antitumoral effect and confer a survival advantage [19–21]. The reasons for this discrepancy may be ascribed in part to the fact that different macrophage subsets were detected in these studies. In our study, CD163 protein, a highly specific marker of M2 macrophages, was used to examine the polarization state of TAMs. The results showed that high level of CD163 was significantly associated with worse OS and PFS in NPC patients, which was in agreement with a recent study conducted by Yu et al [7]. These findings together indicate that M2 TAMs may play a vital role in carcinogenesis and aggressiveness of NPC.

HO-1 can drive macrophage polarization toward M2 phenotype and promote tumor progression by regulating the tumor microenvironment [9, 10, 22–24]. In the present study, we reported in the first time that excessive expression of HO-1 in TAMs was associated with poor survival in NPC. The 4-year OS in HO-1high and HO-1low groups were 74.8% and 93.4% (P = 0.002), respectively. It is further noteworthy that, for the cohort studied, higher expression of HO-1 was associated with higher risk of local-regional recurrence (P=0.048), suggesting that a more intensive local treatment may need to be considered for the HO-1high subtype.

Interestingly, our study also found that considerable amounts of TAMs exhibited co-expression of HO-1 and CD163, and Spearman’s correlation analysis revealed a significant correlation between the expression levels of HO-1 and CD163. Combined with the phenomenon that M2 macrophage polarization could be induced by HO-1 overexpression [14], the correlation of HO-1 and CD163 might be involved in M2 TAMs activation and tumor aggressiveness in NPC (Figure 6). Additionally, the results of ROC analysis revealed that HO-1 was a superior predictor for OS and PFS as compared to CD163. Based on these findings, the strategy of targeting TAMs by inhibiting HO-1 activity appears to be promising for the patients with HO-1 overexpression.

Taken together, our study revealed that overexpression of HO-1 characterized a poor-prognosis NPC subtype. In addition, a significant correlation between the intensities of HO-1 and CD163 in TAMs was found, and HO-1 exhibited a superior ability in predicting OS and PFS compared with CD163. These findings suggested that individualized therapy targeting HO-1 might serve as a promising treatment modality for NPC.

A total of 126 eligible patients treated at the Affiliated Hospital of Jiangnan University between December 2008 and October 2018 were enrolled in the study. This study was reviewed and approved by the Ethics Committee of the Affiliated Hospital of Jiangnan University (LS2018071). Written informed consent for using clinical data and NPC tissues was obtained from all participants.

Medical records of the 126 patients were reviewed retrospectively. The following clinical data were abstracted: age, gender, histological type, stage, and treatment regimens. All patients were restaged according to the eighth edition of the American Joint Committee on Cancer (AJCC) staging system [25]. Collection of high-quality, paraffin-embedded NPC tissues from the original diagnostic biopsy was performed by a pathologist, and the survival data of patients were collected by a radiation oncologist.

Immunohistochemistry was performed to detect HO-1 and CD163 proteins in NPC tissues according to standard protocols. Briefly, 4 μm thick tissue sections were de-waxed and rehydrated, and heat-induced antigen recovery was performed in sodium citrate buffer (10 mM, pH = 6.0). All slides were incubated in 3% H2O2 to block endogenous peroxidase activity. The sections were then incubated with primary antibodies of HO-1 (1:500; Abcam, UK) and CD163 (1:500; Abcam, UK) at 4° C overnight. Phosphate buffer saline (PBS) was used as a negative control. After washing in PBS, the sections were incubated with biotinylated secondary antibodies (Kangwei, China) for 60 min at room temperature. Nuclei were stained with hematoxylin about 1 min. Antigenic sites were visualized using DAB kits (Kangwei, China).

Histochemical sections stained with immunohisto-chemistry were reviewed and scored by two experienced pathologists with discrepancies, if any, being resolved by consensus. The staining intensities of HO-1 and CD163 were scored on a 0-3 scale (0 = no staining, 1 = weak staining, 2 = moderate staining, 3 = strong staining). Similar to previous convention [7], staining intensities with scores no greater than 1 were defined as low expression while as high expression when scores are above 1 (Figure 1).

Statistical analysis was performed using the IBM SPSS software, version 20.0 (IBM Corporation, Armonk, NY, USA). The chi-square test (χ2) was used to interrogate the association between dichotomous variables. Spearman’s correlation analysis was used to examine the correlation between the expression levels of HO-1 and CD163 proteins. Overall survival (OS), progression-free survival (PFS), distant metastasis-free survival (DMFS), and local-regional failure-free survival (LRFFS) were estimated by the Kaplan-Meier method and compared with log-rank tests. OS was calculated from the date of histological confirmation to the date of death or the last follow-up. PFS was defined as the time between diagnosis and the first occurrence of locoregional or distant recurrence or the last follow-up date. Multivariate analysis was performed using the Cox proportional hazard model. The receiver operating characteristic (ROC) curve was used to evaluate the predictive value of HO-1 and CD163 for the prognosis of NPC. The two-tailed p-values less than 0.05 are considered to be statistically significant.

This work was supported by the National Natural Science Foundation of China (No. 81871518), Wuxi Science and Technology Development Fund Project (No. N20192028), program of Wuxi Young Medical Talents (No. QNRC059) and Wuxi Medical Development Discipline (No. FZXK004).